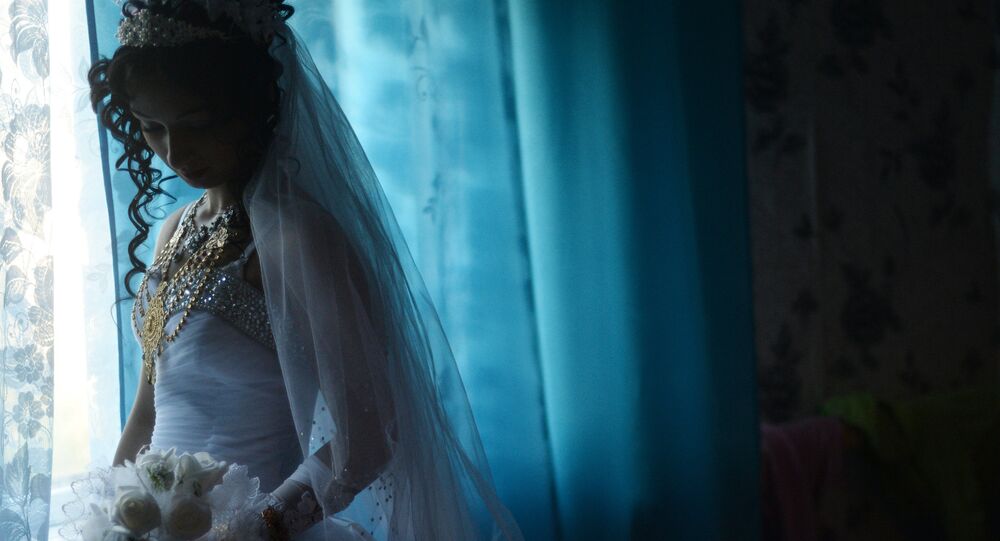 Despite clearly contradicting Swedish law, underage immigrant wives have been repeatedly allowed to stay with their husbands by Sweden's local municipalities, which defend their decisions by citing humanitarian issues.

An immigrant crisis of unprecedented proportions has brought with it problems which Sweden hadn't known previously, such as polygamy and underage brides. Recently, two juvenile immigrant girls in Karlskrona were reported to be staying with their husbands. Neither of the girls was separated from their adult men, even though minors are not allowed to tie the knot in Sweden.

One of the cases involves an underage wife who came to Karlskrona with her husband and a small child. In the other case, the girl was pregnant upon arrival. Despite these obvious violations of Swedish law, Karlskrona Social Committee chairperson Ingrid Hermansson of the Center Party defended the municipality's decision. The rule of the thumb in such cases, the community acts "for the child's best" interest.

"We do not accept or condone child marriages, but the law also states that individual trials should be conducted in each case. Our assessment was that the girls could live with their men during the asylum process," Ingrid Hermansson said during the debate with the regional council, as quoted by the local newspaper Blekinge Läns Tidning.

© CC BY 3.0 / Bengt Nyman / Saltsjöbaden
Ghetto Fabulous: Syrian Migrant With 3 Wives, 16 Kids Handed 3 Chic Homes at Swedish Resort
This approach, however, was not shared by Camilla Brunsberg of the Conservative Party, who contended that the couples should have been dissolved. According to Brunsberg, the girls should have instead been placed in a residential care home for children and young persons, whereas their spouses should have been referred to the Migration Board's asylum residence. Brunsberg argued that there was no other alternative, as all other solutions implied that Sweden was backtracking in its acceptance of child marriage.

Brunsberg also voiced doubt whether the underage girls really dare to say the truth about their situation when interrogated by Swedish authorities, suggesting that individual assessments in reality did not carry much weight.

Nevertheless, Ingrid Hermansson argued that individual trials in cases of underage immigrants who are married will continue to be held, at least until the Swedish Association of Local Authorities and Regions (SKL) comes up with different guidelines on the matter.

At present, Swedish legislation on child marriages seems to be applied differently in different municipalities. Earlier this year, the Administrative Court of Växjö ruled that a 14-year-old pregnant girl could be placed with her adult husband's immigrant family, arguing that this was part of their culture. Remarkably, both the girl and her spouse were highly critical of the Swedish law banning underage marriage.

"When you are the midst of war and fleeing for your life, you do not think about the laws in force in the country you're heading to," the girl told the Swedish tabloid newspaper Expressen.

© AFP 2021 / STIG-AKE JONSSON / TT NEWS AGENCY
Sweden Struggles to Find Homes for 'Refugee Children' With Children
Previously, the Migration Board identified 132 married children, of them 129 girls and 3 boys, most of them coming from Syria, Iraq and Afghanisatan. Most of them were 16 or 17, while 14 of them were aged 15 or under. Part of the problem is that neither the Migration Board nor the Swedish municipalities have any routine to detect married minors. Therefore, no comprehensive assessments have been made.

In its current state, the Swedish marriage law has fetched a lot of criticism from, among others, Swedish star advocate and women's rights campaigner Elisabeth Massi Fritz, who called this practice "unacceptable."

Earlier, the Swedish authorities, including Justice Minister Morgan Johansson and Minister of Children Åsa Regnér, have repeatedly pledged to review the law on child marriages.