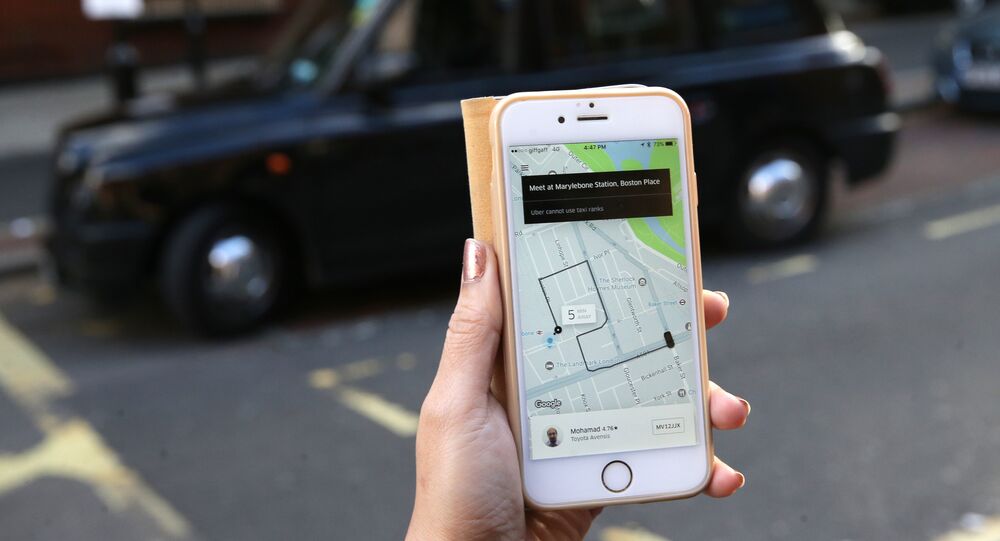 Londoners are so dismayed at Uber's disappearance from city's streets, that a petition set up by the company has gained more than 640,000 signatures in just two days.

More than 640,000 Londoners have signed a petition to save Uber, after regulators in the capital refused to grant the online taxi application a new license to operate in the UK capital.

Uber's license expires September 30, but the company intends to appeal the decision by Transport for London (TfL). If the decision is upheld in court, it will have to stop operating in London.

© CC0 / freestocks.org
No Riders: Uber Stripped of London License Over Security Concerns
According to TfL, the license was revoked because the company is "not fit and proper" to operate in the capital. It cited concerns about the company's approach to reporting serious criminal offenses, a lack of background checks on drivers and Uber's use of "Greyball" software that blocks access to the app for regulators and law enforcement.

The decision by TfL has caused dismay among Londoners, who say the app substantially cuts their travel costs. The "Save Your Uber in London" petition is the fastest-growing UK petition this year and currently has more than 640,000 signatures.

'But what about London tradition'.

​However, the ban on Uber was backed by London mayor Sadiq Khan and London's famous black cab drivers, who say the app threatens their livelihoods.

Ubers plan of London domination was to destroy the black cab industry & the mini cab industry. Their own drivers destroying their industry.

​Uber CEO Dara Khosrowshahi pleaded with TfL to "work with us to make things right," rather than banning the app.

Dear London: we r far from perfect but we have 40k licensed drivers and 3.5mm Londoners depending on us. Pls work w/us to make things right

​Uber, which has its headquarters in San Francisco, claims to have 3.5 million passengers and 40,000 drivers in the capital, who depend on the app for their livelihood.

Travis Kalanick just resigned as Uber's CEO. This fight 😡with his driver is 1 of many reasons why! #uber #uberx #traviskalanick #argument pic.twitter.com/tamEOGAeAN

​​However, many Uber drivers complain about the low rates that they are paid by the company. Former CEO Travis Kalanick was challenged about the low fares by a driver in San Francisco just before he was ousted from the company earlier this year.