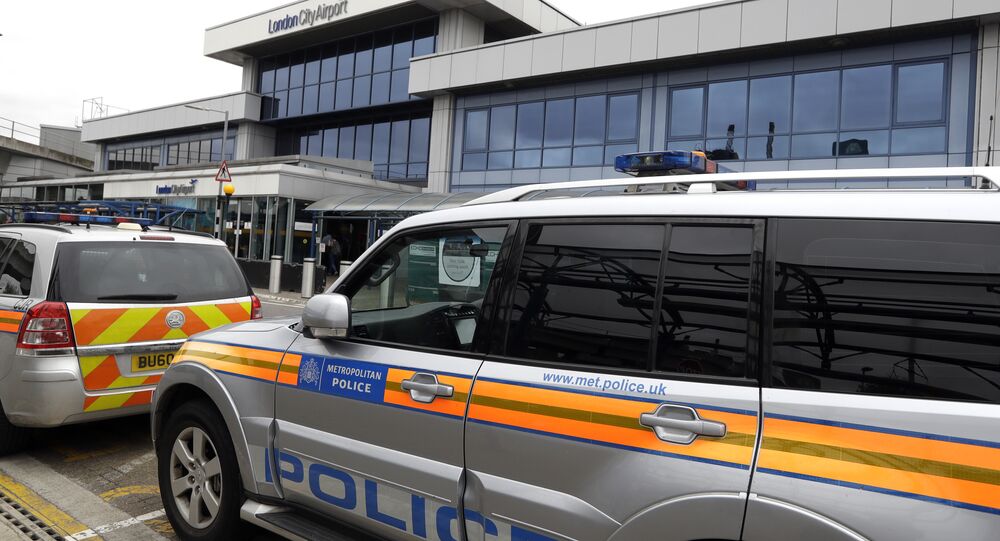 The UK Metropolitan Police detained a teenager wanted in connection with acid attacks in east London.

"Police arrested a 15-year-old male in Stratford on suspicion of grievous bodily harm. He has been taken to an east London police station where he currently remains," the press release read.

© REUTERS / Hannah McKay
UK Police Strike Back at Trump's 'Unhelpful Response' to London Tube Attack
Earlier in the day, media reported that six people were injured after being hit by the acid during a squabble between two groups of people on late Saturday. Three people were hospitalized, while the other three victims were provided with the necessary medical assistance at the scene. Their injuries are reportedly not life-threatening.

The United Kingdom has faced several terrorist attacks in 2017, with the most recent, a bombing attack in the London tube on September 15, leaving dozens of people injured. The statistics, released by the Metropolitan Police Service in response to Freedom of Information requests, indicate that corrosive fluids were used in London in 454 crimes in 2016, 261 in 2015 and 166 in 2014.