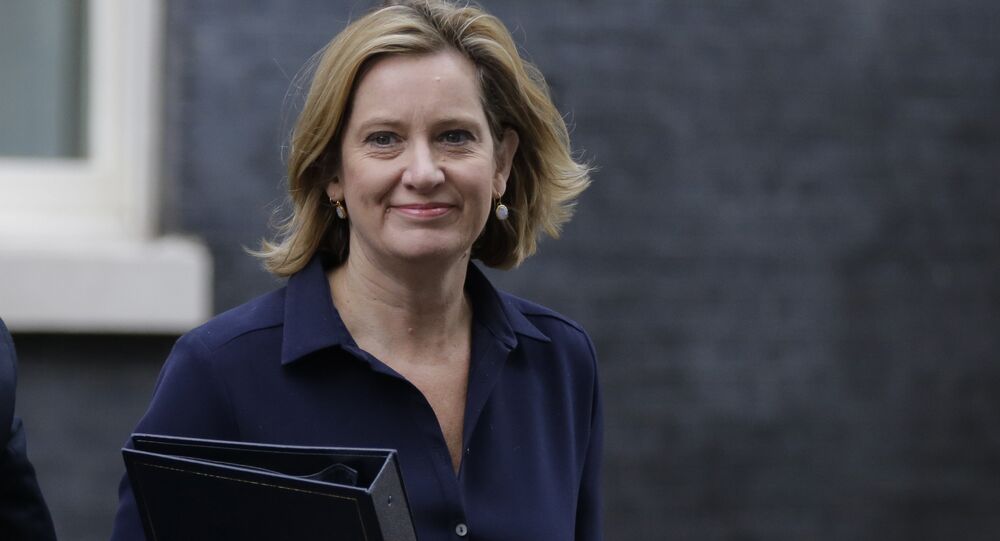 The UK Home Office's illegal removal of an asylum seeker, and refusal to comply with three High Court orders to return him to British soil, has opened up Home Secretary Amber Rudd to charges of contempt of court, and a possible prison sentence, a legal expert has claimed.

UK Home Secretary Amber Rudd's refusal to comply with High Court orders has created a potential major constitutional crisis, which could see her end up in court, if not prison.

It was quite some homecoming — Bigzad fled his home country in 2015, after the Taliban threatened to behead him, as a result of his role in a family business which is said to have worked for the US military. He made his way to the UK, where his father had won citizenship since emigrating in the 1990s.

See my last 2 tweets about Home Secretary in contempt of court. There is now a 3rd order for govt to return #SamimBigzad from Kabul. https://t.co/fJ1Jcc2kbs

Two years later the Home Office moved to deport him from the country. Despite the appeal, which should've stopped his removal, as the Home Office is barred from deporting asylum seekers without considering evidence in support of their cases, and the ruling Bigzad should remain in the UK, the deportation went ahead.

All the while, he was held in a hotel in Kabul, in fear of his life, with armed men outside. The Home Secretary went as far as to take the matter to the Court of Appeal, seeking to overturn the orders for his return.

High Court again orders SSHD to rtn #SamimBigzad on next available flight and explain herself. We are pursuing #contemptofcourt #savesamim

​In one of the hearings, a senior civil servant in charge of deportations conceded that despite being aware of a legal barrier to Samim being sent to Kabul, he ordered Samim should not be removed from the flight. The offered reason for defying the High Court was Bigzad "had checked in baggage" and this might delay the aircraft's takeoff.

The appeal was unsuccessful, although it was only after four hours of legal argument in the Court of Appeal September 16 confirmation was received Samim would be returned to the UK.

​Commenting, Rachel Francis, immigration and human rights barrister at One Pump Court, said the case represented "yet another example" of the "continued abuse of the rights and freedoms" of migrants and asylum seekers in the UK.

"[Ignoring court orders] and the Home Secretary's obstruction of his return to the UK demonstrates a worrying disdain for the principle Government ministers are subject to the same laws as the rest of society. There is a further cost, to the rule of law and to public confidence in the administration of justice. The Home Office told Bigzad's lawyers the order preventing his removal to Kabul had been complied with — this was not true: the Home Office ignored the order and decided not to take [him] off the flight," Francis said.

Seriously though, if THE HOME OFFICE is in contempt of court there should be serious repercussions, otherwise we are all in trouble.

"The significance of Samim's case is hard to overstate. The issues arising from it demand change: not just to the government's regard for the law, but to the way in which we treat the most vulnerable members of society."

Prison sentences for contempt of court are relatively rare, and prosecution of government ministers even rarer — however, Rudd may not get off scot-free in this case. Critics have demanded she explain the controversy, and former Lord Chancellor Charles Falconer has argued in a blog post for The Guardian that unless she provides one, she "has to go."