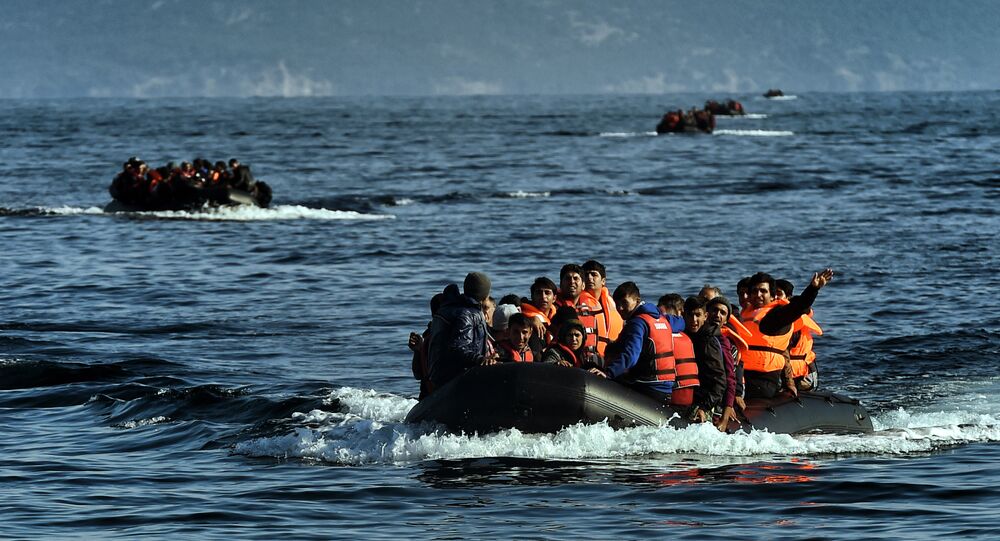 According to the International Organization for Migration, over 131,000 migrants and refugees have arrived on Europe's shores since the beginning of the year.

MOSCOW (Sputnik) – As of September 17, over 131,000 migrants and refugees have arrived on Europe's shores since the beginning of the year, with as many as 2,556 people having died en route to the continent, the International Organization for Migration (IOM) said in a press release Tuesday.

"IOM, the UN Migration Agency, reports that 131,772 migrants and refugees entered Europe by sea in 2017 through 17 September," the press release said.

© REUTERS / Peter Nicholls/File Photo
UK May Deprive New EU Migrants From in-Work Benefits for 4 Years Post-Brexit
According to the IOM, Italy remains the leader in the number of sea arrivals, with 102,534 people having crossed the Mediterranean Sea to reach Italian shores in the period from January 1 to September 17. The majority of refugees arrived in May and June, or 22,993 and 23,524 individuals, respectively. Other major recipients of migrants arriving by sea included Greece, Cyprus and Spain.

IOM statistics indicated a 56-percent decline in the number of sea arrivals compared to the previous year, when the figure amounted to 300,076. Despite this, IOM found that the highest number of migrant deaths for the relevant period (2,556) was recorded in the Mediterranean.