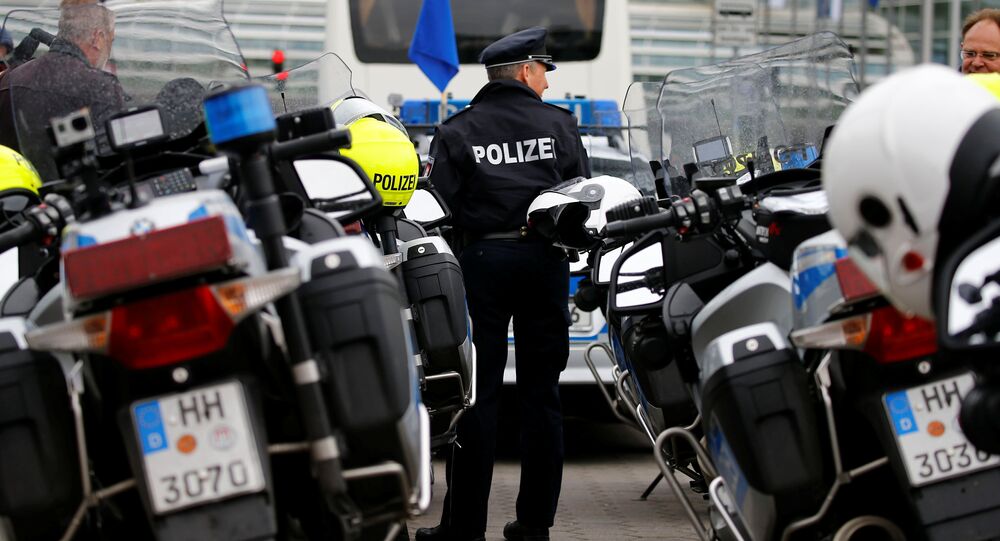 Chechen Arrested in Hamburg on Suspicion of Daesh Membership

In Hamburg, a Russian citizen from Chechnya was detained on suspicion of being a member of Daesh (ISIS).

BERLIN (Sputnik) — The Hamburg Prosecutor General’s Office confirmed on Tuesday to Sputnik that a Russian national was detained on suspicion of being a member of the terrorist group Daesh (ISIS).

"The Hamburg Prosecutor General’s Office is investing a 28-year-old Russian national of Chechen origin. He has been charged with membership in the Daesh terrorist group during his time in Syria," spokeswoman Nana Frombach said.

© REUTERS / Ina Fassbender
One Killed in Supermarket Knife Attack in Hamburg, Perpetrator Arrested (PHOTO, VIDEO)
The spokeswoman added that the suspect had been apprehended by Bremen police on September 13 under a warrant issued by a Hamburg court on September 12. On September 14, a  Hamburg court judge issued an arrest warrant.

"Since that time, he has been in pre-trial detention in Hamburg," Frombach specified.

The terror threat in Germany remains high following a series of attacks, including a July 28 knife attack in Hamburg, which left one person dead and seven others injured.