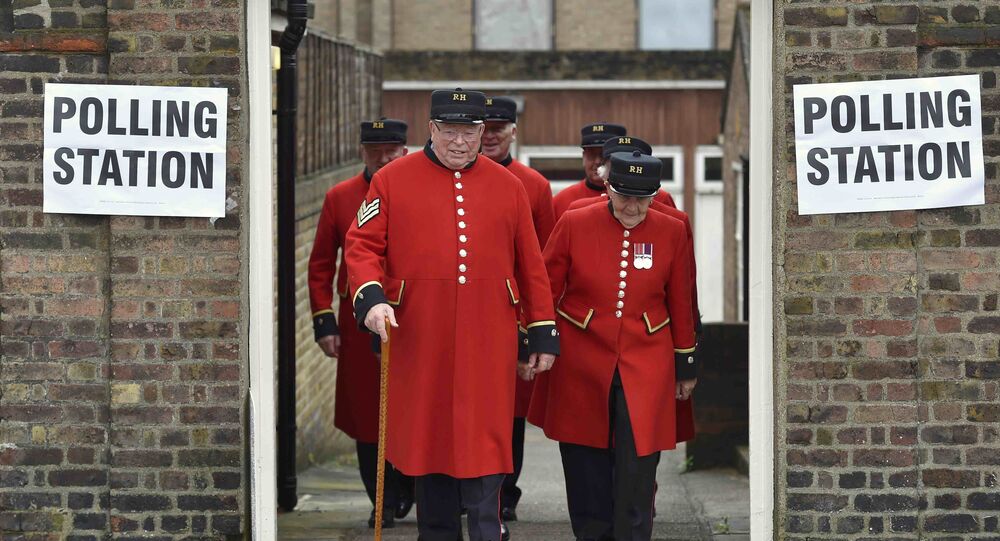 The Chair of the UK Treasury select committee has written to the Chancellor of the Exchequer urging prompt action on the issue of pensions paid to British citizens in Europe - an insurance industry expert has told Sputnik the problem is potentially "really serious" and could affect millions of people.

Nicky Morgan MP, Chair of the Treasury select committee, has called for urgent action to ensure British pensioners living in EU countries do not find their payments stopped after the UK secedes in 2019.

​UK firms may not be legally able to pay out personal pension or insurance contracts to UK expats and other citizens in the EU after Brexit, Morgan wrote in a letter to Chancellor Philip Hammond. She also asked whether the problem would be discussed during the first phase of the UK's exit negotiations.

"This is a really serious issue could affect large number people businesses if not addressed, and it has got to be done quickly — currently available solutions would take far too long to implement," Anthony Wright, Assistant Director of the ​Association of British Insurers, told Sputnik.

"It must not come to this". Pleased @CommonsTreasury
has spoken up on the issue of cross-border contracts & #Brexithttps://t.co/TpifyYhsBG

​Presently, "passporting" rights are used by financial institutions in the UK — including insurers — to market and sell pensions, insurance and savings products across borders. Unless an agreement is struck between the UK government and the EU, passporting will end immediately after Brexit, leaving insurers to choose between customer contracts or the law.

Morgan called the prospect a "stark example" of the consequences of a "cliff edge" Brexit.

Morgan also expressed surprise neither Downing Street nor Brussels had issued position papers on the issue, given both have a strong mutual interest in resolving the problem — for while many papers covering the status of goods on the market once the UK leaves the EU have been published, less consideration has been given to services.

The problem would impact the million or so British citizens living in other EU countries — although it would also have ramifications for any residents of the UK receiving a pension from the EU, and business insurance contracts, whether sold to the UK by a company in the EU or vice versa.

Nonetheless, Mr. Wright is hopeful a solution can be found.

"Morgan writing to the Chancellor is very positive — it helps ensure this issue remains on the agenda and is taken seriously. We hope during the next stage of withdrawal discussions, solutions will be debated. However, any remedy can't just be temporary and transitional, they must be enduring. We're talking about pension contracts that are 30 years long," he explained.

Commenting, Director General of the ABI, Huw Evans, said the organization was "pleased" by Morgan's intervention.

"This is a shared challenge for the EU and UK and a vital issue for millions of our customers. We have been urging all sides to address it as a matter of urgency and agree on a reciprocal solution. Without a resolution insurers will face a choice between breaking their promise to customers or risk breaking the law. It must not come to this," he added.

However, there are other potential solutions to the problem. For one, insurers could sell existing pension contracts to EU-based insurers, but this requires approval by UK courts and would take around 18 months.

Another more direct approach already pursued by some insurers is the establishment of EU headquarters in other Member States — although this is likewise a protracted process requiring approval from member state national regulators.

© CC0 / Pixabay
Reaching the Promised Holland: Investment Banks Looking to Amsterdam Post Brexit
Many other financial services entities based in the UK have followed insurers' lead in the latter regard, with several investment banks relocating partially or wholly elsewhere within the EU, and others planning to do the same. This en-masse evacuation is reflected in the jobs market, with recruitment agency Morgan McKinley's number of advertised positions in the City falling 15 percent year-on-year in June.

"We need a system in place to guarantee pension firms can fulfil their obligations to their customers. The simple solution is a common sense one — there needs to be an agreement in Article 50 withdrawal negotiations that these contracts will be completed legally," Mr. Wright told Sputnik.

In essence, the ABI favors an arrangement wherein contracts written prior to Brexit retain the same regulatory treatment as when they were first written.