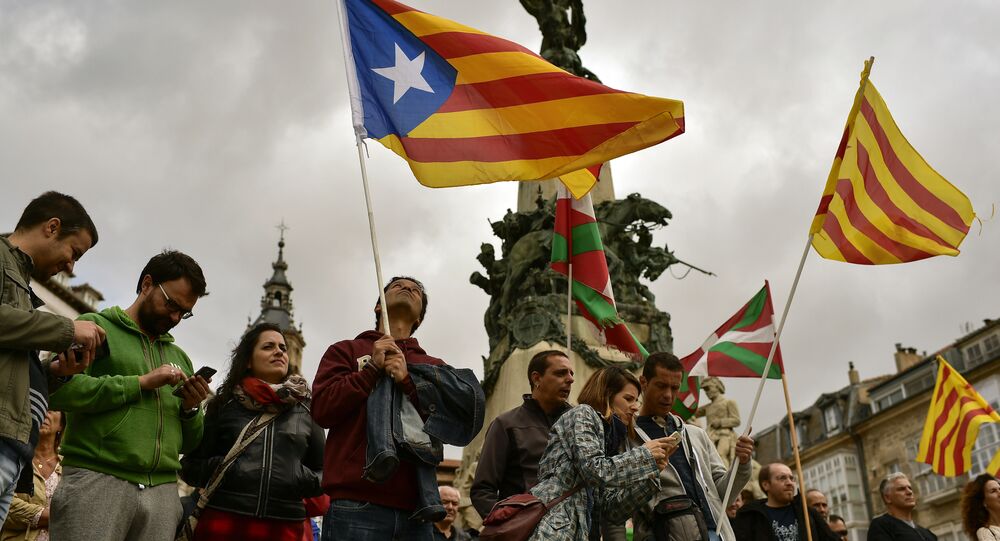 "The GDP could fall between 25 and 30 percent, and unemployment would double," de Guindos told Radio Cope.

© AP Photo / Emilio Morenatti
EU Commission Urges Catalonia to Respect Spain’s Constitution
According to various analysts, in case the referendum is successful, the drop could result in Catalonia's losing access to EU single market, as well as trade barriers with Spain.

Thirst for Independence: Spain May 'Use Repressive Measures' Against Catalonia