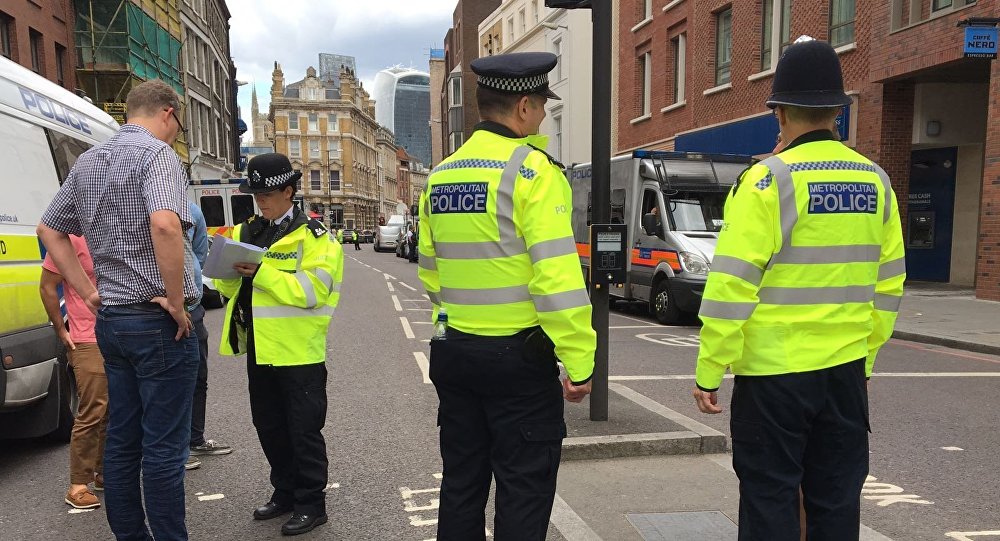 The British police arrested on Saturday an 18-year-old man in relation to the bombing at London's Parsons Green tube station.

The suspect was arrested in the port area of Dover in the Kent County in the southeast of England.

“We have made a significant arrest in our investigation this morning. Although we are pleased with the progress made, this investigation continues and the threat level remains at critical," Neil Basu, the Deputy Assistant Commissioner, Senior National Co-ordinator for Counter Terrorism Policing said.

Basu stressed that the arrest would be followed by further actions by the police, providing no additional details on the issue.

© AP Photo / Andrew Matthews
London Bombing: 7/7 Counter-Terror Cop Tells Sputnik 'They Want to Do It Again'
The man was placed in custody and is expected to be transferred to a south London police station, according to the statement.

On Friday, an explosion, most likely involving an improvised explosive device, hit the tube station, causing facial burns to the passengers. London police said that they regarded the blast as a "terrorist incident."

Following the attack, media reported, citing sources, that the police had identified the suspect behind the attack with the help of CCTV camera recordings.

The Daesh terror group (banned in Russia) reportedly claimed responsibility for the blast.