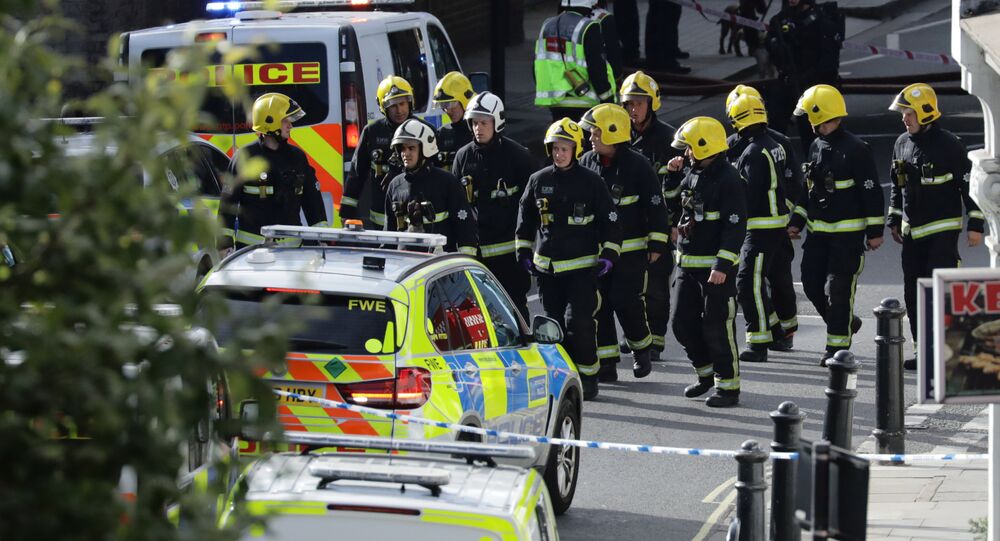 According to a statement issued by the UK's Metropolitan Police, the area surrounding the London Tube's Parsons Green station had been evacuated following a terrorist attack.

Earlier in the day, an explosion, most likely involving an improvised explosive device, hit the tube station, causing passengers' facial burns. London's police said that they regarded the blast as a "terrorist incident."

"The area surrounding Parsons Green tube station has been evacuated whilst emergency services continue to work at the scene of this morning’s incident," Met Police said in a statement.

The evacuation has been necessary whilst specialist officers secure the remnants of the improvised device and ensure it is stable, the police explained, adding that only a small number of residents will be affected by the evacuation, which covers an area with an approximate radius of 50 meters (164 feet).

Parsons Green station remains closed, and the public are advised to continue to avoid the area, the police added.