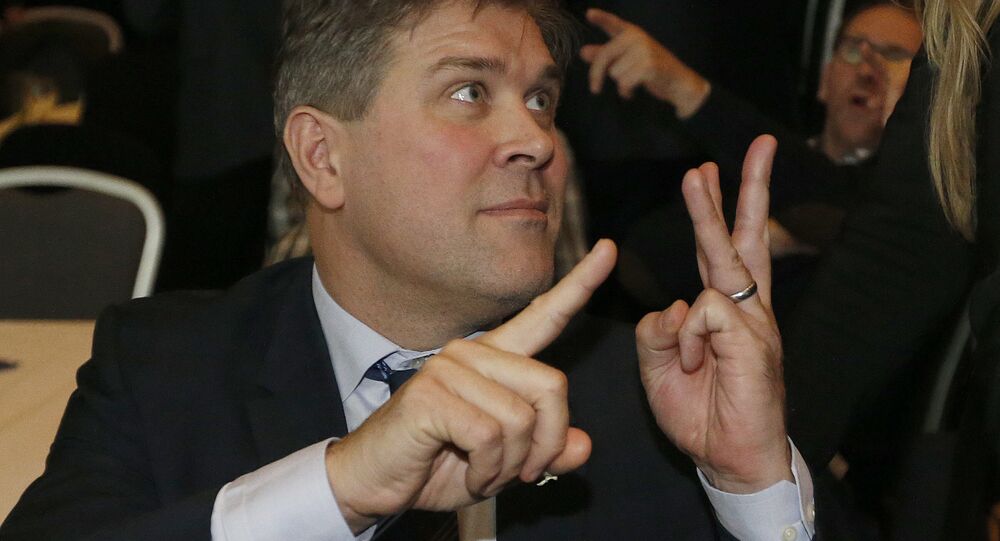 Iceland has been thrown into deep political turmoil after the Bright Future party announced on Friday, September 15 it is withdrawing from the three-party (Independence Party, Bright Future Party, Reform Party) coalition which has only been in office for nine months.

Party leaders took the dramatic decision to quit the center-right government after it emerged Mr. Benediktsson's father had written a letter recommending a convicted pedophile's name be cleared.

Under Icelandic law convicts can have their "honor restored" and criminal records wiped, provided they receive two letters of recommendation.

Now it has been revealed that the PM's father Benedikt Sveinsson provided secret backing for Hjalti Sigurjon Hauksson who was convicted of raping his stepdaughter almost every day for 12 years.

Mr. Benediktsson was made aware of this in July but his government initially refused to reveal the identity of the backer, leading to accusations of an attempted cover up. Ottarr Proppe, party leader of Bright Future, said this was a "serious breach of trust."

"That goes against our policies here at Bright Future on transparency and a good way of working," he said.

Magnus Sveinn Helgason, managing editor of Iceland Magazine, told Sputnik the affair could eventually result in a major shake-up of the political scene in Iceland.

"The prime minister has said nothing, so far, of his intentions. He may try to continue or he could decide to call an election, we don't know. Ironically it comes at a time when our economy is doing great, having grown by 7.4 percent this year, and unemployment is just one percent. But while we are winning in many ways, the government is rocked by another scandal. It is all extremely strange."

With the coalition's position already fragile with only a single seat majority, the exit of the Bright Future and its support has thrown the Icelandic government into disarray.

© REUTERS / Geirix
Iceland Considers Abandoning Freely Floating Currency
It is yet unclear what PM Benediktsson will propose — whether he will attempt to continue leading with a minority government or call a snap general election.

The populist Progressive Party are performing strongly at the moment in the polls as immigration and asylum seekers are seen as major issues in Iceland — so, it could prove extremely interesting if an election is called, he added.

"Since the economic crash of 2008 there has been a lot of suspicion towards politicians and a huge onus on honesty."

Meanwhile this latest scandal is not the first time Bjarni Benediktsson has been in the spotlight, having been implicated in the Panama Papers furor that brought the previous government down in 2016.

In a statement released on Thursday, September 14, Mr. Sveinsson apologized for writing the letter of recommendation, saying that Hauksson had brought him an already drafted letter which he signed.

"I have never considered the restored honor as anything except a legal procedure making it possible for convicted criminals to regain some civil rights. I did not think of it as something that would justify Hjalti's position towards his victim. I told Hjalti to face his action and to repent," Mr. Sveinsson said.