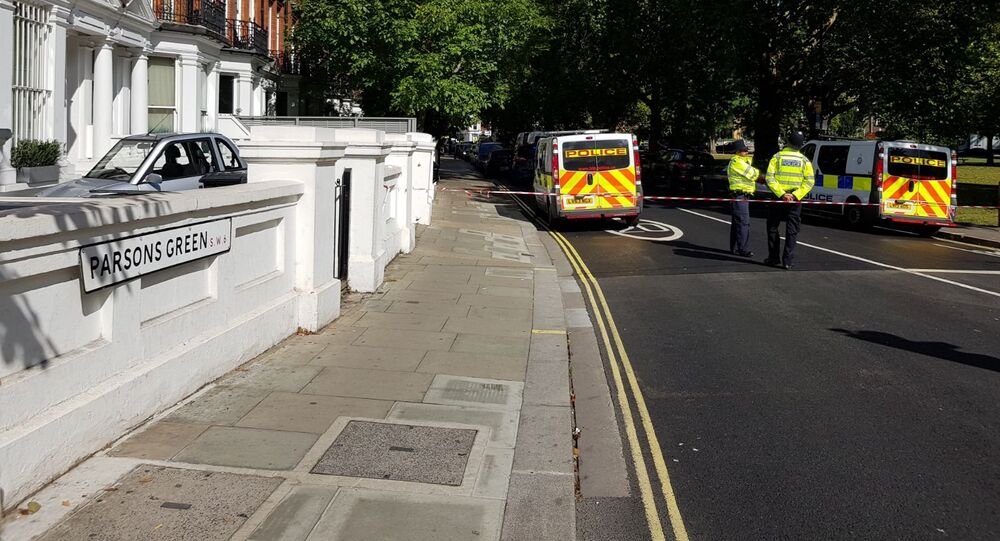 UK Home Office: Too Early to Speak About Terror Alert in Country

The UK Home Office is at present unable to determine the motives behind the recent explosion in the London tube and therefore cannot gauge the appropriate response.

LONDON (Sputnik) — It is yet unclear if the terror level in the United Kingdom will be raised following the attack at the Parsons Green underground station in London, a spokesperson for the UK Home Office told Sputnik on Friday.

According to the spokesperson, it is "too early to tell" if the decision will be made to raise the terrorist threat level to "critical," which would mean that a terrorist attack is imminent.

The country is currently at the "severe" threat level, meaning that an attack is highly likely.

It is also unknown if the attack was "anything more than a domestic incident," a spokesman for the Foreign and Commonwealth Office told Sputnik earlier in the day, adding that it is unclear if foreign or international security agencies could help in the investigation.

​Earlier in the day, media reported that an explosion hit the tube station, causing facial burns on tube passengers. London's police said they regarded the blast as a "terrorist incident."