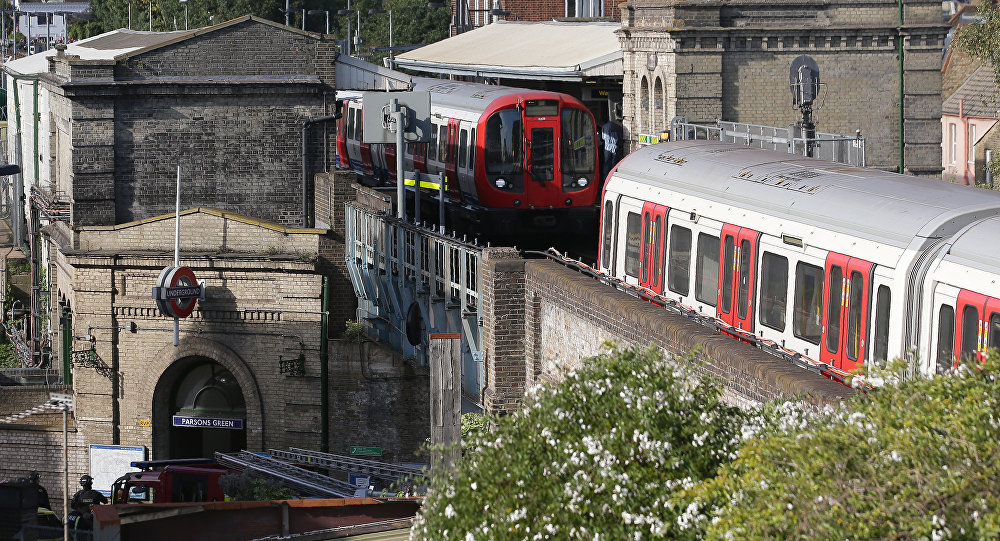 Police said several people were injured after what was described as white container had gone off inside a car toward the rear of the train. The police said it was too early to confirm the cause of the fire and are conducting in investigation into the suspected object. The Parsons Green station remains closed. The police urged people to avoid the area.

"At present we are aware of a number of people who have suffered injuries… Deputy Assistant Commissioner Neil Basu, the senior national coordinator for CT policing, has declared it [the blast] a terrorist incident," police said in a statement.

The London Ambulance later said 18 people had been taken to hospital, all without life-threatening injuries.

We have taken 18 patients to a number of London hospitals. None are thought to be in a serious or life-threatening condition #ParsonsGreen pic.twitter.com/3B13JznAqZ

Following the explosion, Transport for London (TfL) said that trains movement on the line where the incident had taken place had been suspended.

"I think, obviously, everybody should keep calm and go about their lives in as normal a way as they possibly can. As far as I understand, the British Transport Police, TFL are on it. And they will be updating their websites as and when we get more information," UK Foreign Affairs Secretary and former Mayor of London Boris Johnson told the Sky News broadcaster.

.@metpoliceuk have confirmed that the explosion on a train at Parsons Green Station is being treated as terrorism. https://t.co/dKZCcjEZjT pic.twitter.com/fFzOf6wNXu