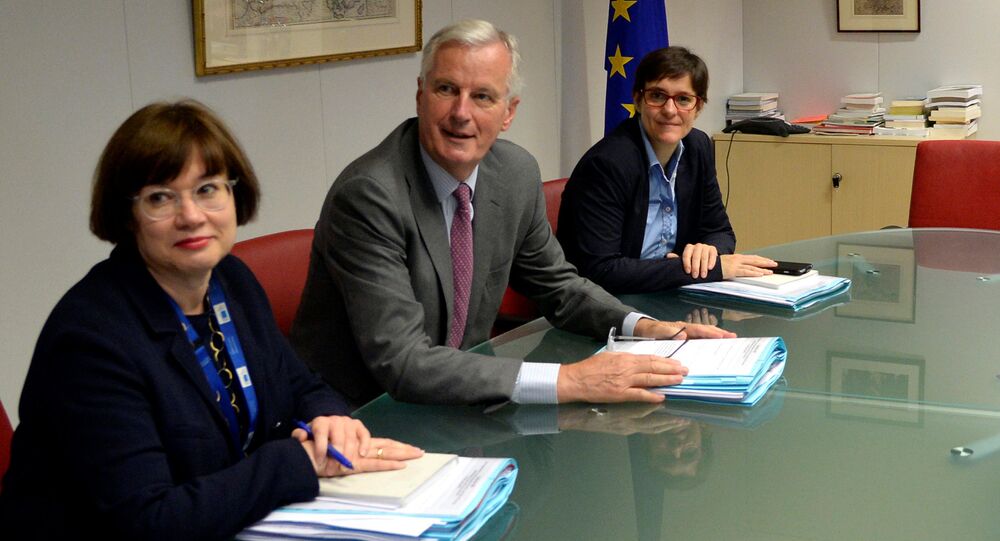 The UK Prime Minister's Office representative reports that the next round of Brexit negotiations will start on September 25.

LONDON (Sputnik) — The fourth round of Brexit negotiations between the United Kingdom and the European Union will start on September 25, the UK Prime Minister's Office official representative said Tuesday.

"The UK and the European Commission have today jointly agreed to start the fourth round of negotiations on September 25… Both sides settled on the date after discussions between senior officials in recognition that more time for consultation would give negotiators the flexibility to make progress in the September round," the representative said in a statement given to Sputnik.

© REUTERS / Francois Lenoir
Brexit Passions: Any Way Forward for UK is to 'Walk Out of the Talks' With EU
The third round of Brexit talks between the UK and Brussels was held in early September. According to the UK Secretary of State for Exiting the European Union David Davis, the parties have managed to achieve "concrete progress," while European Commission's chief negotiator Michel Barnier stated skepticism, saying there was no decisive progress on any of the principal subjects. Several countries have expressed concern that the negotiations had not produced any considerable results.