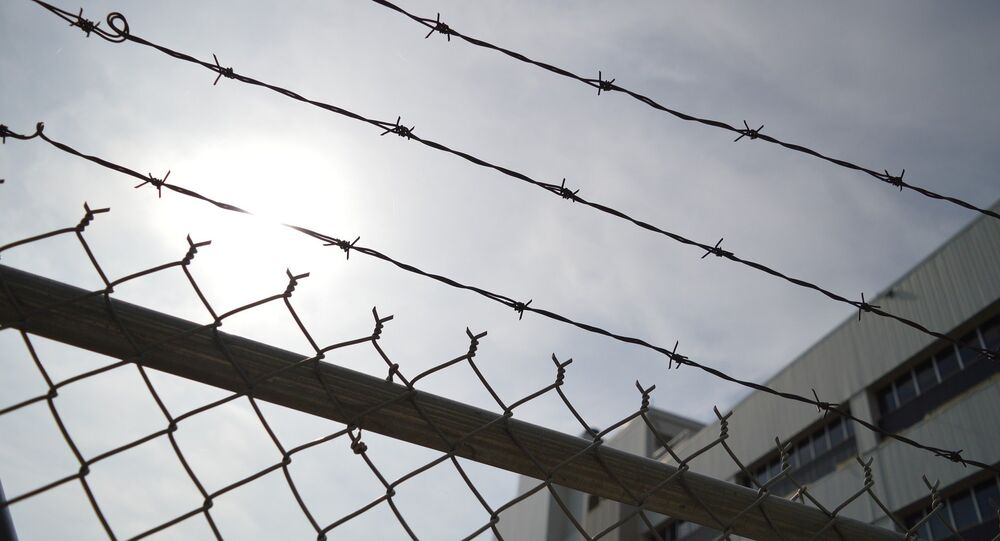 The problem of radicalization in German prisons is getting more and more serious due to a large number of radicals returning to Germany from Syria, an expert on Islam and Islamism, Sigrid Herrmann-Marschall, said, commenting on a recent German police report on recruitment attempts in the country's prisons.

Islamists will try to recruit a growing number of prisoners in their ranks, convincing them of the rectitude of Islamist ideology, a German political and religious expert, Sigrid Herrmann-Marschall, told Sputnik Germany.

"I think that the problem with the radicalization of prisoners will only worsen," Herrmann-Marshall said.

© REUTERS / Wolfgang Rattay
Germany Launches Crackdown on 'Unacceptable' Islamist Radicals
"After all, there are new criminal cases that have been recently launched against Islamists, including those radicals who were detained a while ago. In particular, it concerns those who returned from Syria and face criminal charges… as well as those who have been sentenced to a long-term imprisonment. These people pose the most serious challenge to prisons, since they have combat experience. And only a small part of them cooperate with the authorities," the expert added.

According to the analyst, only 25 percent of imprisoned Islamists cooperate with the German state.

"The rest, the overwhelming majority, are people who remain advocates of Islamist ideology and can convince others of its rectitude," he stated.

© REUTERS / Arnd Wiegmann
One Thing on Top of Another: Germany May Face Right-Wing Terrorism as Response to Islamist Attacks
Germany's Federal Criminal Police Office (BKA) has recently released an internal report on radicalization and recruitment attempts in German prisons. The document is supposed to help prison officials recognize suspicious activities among detainees.

Hermann-Marshall revealed certain signals and identification signs that might speak of radicalization among prisoners.

In particular, suspicions may arise based on the content of their conversations and changes in their way of life, he noted.

"Prisoners suddenly start demanding their food to be made only from halal products, which are consistent with the requirements of Islam. They might also demand a possibility to follow namaz," Hermann-Marshall said, referring to the document.

"One of the indicators is a drastic change in the way of life and… significant changes in appearance. Also, pay attention to a name change [for example, from Martin to Muhammad]," the document said.

An important role in the radicalization of prisoners is played by prison imams who come to visit detainees every Friday, according to Hermann-Marshall.
In the expert's opinion, the state authorities must ensure that imams come from serious Muslim communities, but this requirement has not always been met.

As an example, the expert cited a recent incident in the federal state of Hessen.

"We had a case there when the local Ministry of Justice dismissed an imam who had paid visits to Hessen's prisons. And it had good reasons to do so: the dismissal took place because this person was in contact with the Muslim Brotherhood," the expert noted, stressing that the state should be especially careful in order to avoid similar incidents in the future.

The shortage of prison employees plays into the hands of extremists as well, said René Müller, chairman of the Union of Prison Employees in Germany.

"The lack of prison employees definitely plays into the hands of the Islamists," Müller told Sputnik Germany.

According to the union's recent assessment, German prisons lack at least 2,000 people in order to properly fulfill their duties.

"Our colleagues are completely overloaded. One employee sometimes has to deal with about 70 prisoners. Imagine, when 70 prisoners walk in the prison yard… anything can happen. A prison officer is incapable of controlling them all. In a crowd, you can recruit someone or arrange something…. Something might happen that will go unnoticed for the prison's leadership," the expert concluded.