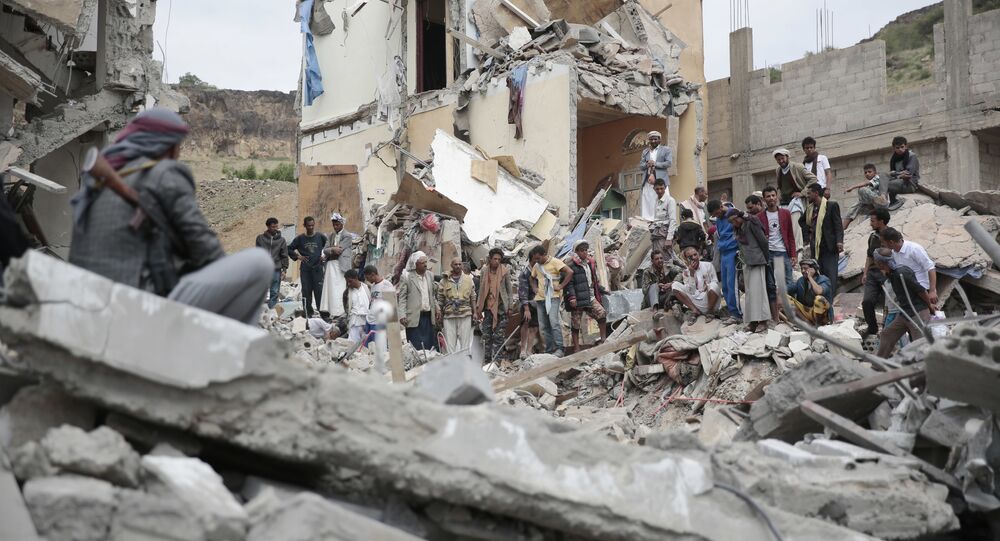 The European Union is about to ban arms exports to Saudi Arabia amid growing suspicions by the European authorities that these weapons might be used in conflicts in Syria and Yemen, a European diplomatic said.

BRUSSELS (Sputnik) — The European Parliament (EP) is expected to submit a resolution to the European Union requesting an embargo be imposed on the export of arms to Saudi Arabia over concerns that Riyadh might deliver imported weaponry to terrorists in Syria and might use it in the Yemen conflict, a source in the EP told Sputnik Tuesday.

"Voting on the non-binding resolution featuring this call [to impose an arms embargo on Riyadh] will be held on Wednesday at the plenary session of the European Parliament in Strasbourg," the source said.

The source added that the EP had suspicions that weapons exported to Saudi Arabia might have been transferred to terrorist groups fighting in Syria and also might have been used by Riyadh in its operation in Yemen.

A diplomatic source in Brussels told Sputnik that the EU member states had not yet reached a consensus on the issue of implementing an embargo on delivering arms to Saudi Arabia.

In February 2016, the European Parliament adopted a resolution calling for an arms embargo against Saudi Arabia due to its operation in Yemen, passing by 359 to 212 votes.

Non-governmental organizations (NGOs) across Europe echoed the call for imposing restrictions on trading arms with Riyadh. The NGOs insist that European nations, such as the United Kingdom, France, Italy and Belgium, breach their national laws that ban arms exports to countries waging a war or violating human rights.

The conflict in Yemen began in the autumn of 2014 when the Houthis took control of the capital city Sanaa, sending President Abd Rabbu Mansour Hadi into exile. In March 2015, a coalition led by Saudi Arabia began an air campaign against the rebels on Hadi’s request. The United Nations estimates that 13,000 civilians have been killed in the conflict, mostly by Saudi airstrikes.