Scandinavia's growing Muslim diaspora is hardly a monolithic entity, but rather a varied lot. Consequently, Nordic Muslims may find it hard to agree on such issues as women's rights, which are of paramount importance in Nordic society. These discrepancies have been embodied in a heated row about the role of women in Islam.

Copenhagen's groundbreaking female-only mosque has once again become the focal point of a heated debate. The Miriam Mosque prides itself on holding Friday's prayers by women and for women. This practice, however, which is rooted in Scandinavia's inherent feminism and perennial drive for gender equality, has come under fire from one of Sweden's leading imams.

Abd al-Haqq Kielan, an imam from the Swedish city of Eskilstuna, does not consider women to be worthy of leading the Friday prayer in a mosque, basing his objections on the Quran.

"It's okay for women to lead mosques, but the prayer itself must be led by a man according to Islam. So says the Quran, and so it is stated in our laws. Doing anything else would be like changing the laws of football and grabbing the ball with our hands, but claiming it is still football," Abd al-Haqq Kielan told Swedish Radio.

This attitude has support among scientific circles. Pia Karlsson Minganti, a PhD in ethnology at Stockholm University, told Swedish Radio that the phenomenon of female imams who lead other women in prayer is nothing new.

Earlier this summer, Swedish historian and journalist Henrik Arnstad penned a controversial program article in Jönköpings-Posten, in which he claimed Islam incorporated a plethora of opinions ranging from feminism to misogyny.

"Today, Islam constitutes part of being Swedish, just like Christianity, Judaism and so on. This requires inclusion if we are to define Sweden as a democracy," Henrik Arnstad wrote. 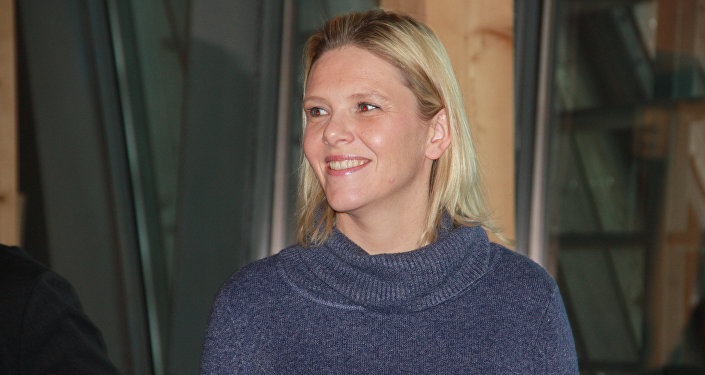 © CC BY 2.0 / Sámediggi Sametinget
Flowers of Speech: Muslim Leader Dodges Handshake With Norwegian Female Minister
However, journalist Omar Makram highlighted an intrinsic conflict between traditional Islamic and liberal European values in an opinion piece earlier this year. According to Makram, Muslims in the West experience cognitive dissonance, which is aggravated further when they try to integrate into Western societies and adopt the values of their new country. According to Makram, problems arise when Islamic doctrine is in stark contrast with the values of Western society, in such subjects as feminism, gender issues and sexuality, which makes is hard to remain a practicing Muslim and at the same time share, say, Swedish values.

Last year, Scandinavia's first female-run the Mariam Mosque opened its doors in Copenhagen. According to mosque leader Sherin Khankan, who also happens to be Denmark's first female imam, the underlying idea is to challenge male-dominated structures and patriarchal interpretations of the Quran and create more room for women. For her activism, Khankan, who was born to a Danish mother and a Syrian father, was named among the 100 Women of 2016 by the BBC.

Abd al-Haqq Kielan was born in 1941 as Leif Karlsson and later converted to Islam.