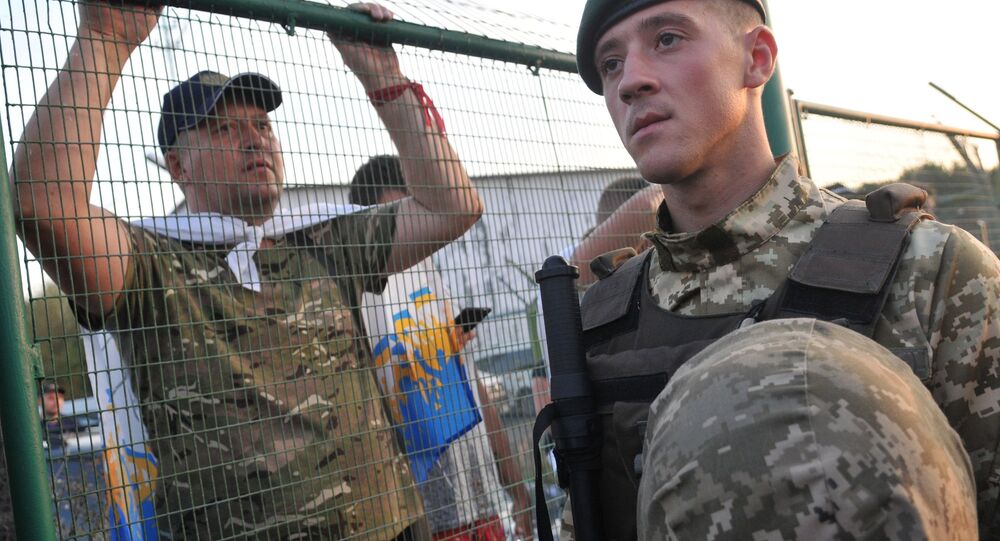 On Sunday evening, Saakashvili, stripped of Ukrainian citizenship, forced his entry to Ukraine from Poland, helped by a crowd of supporters.

He then headed to the western Ukrainian city of Lviv. Ukraine's State Border Guard Service said Saakashvili illegally crossed the border as he and his supporters did not pass security checks.

"I believe that our border guards… did the right thing by not using weapons that they had full legal right to use, they prevented a fire from being blown up, a conflict inside the country, which these politicians were trying to achieve," Poroshenko said in a speech broadcast live on a Ukrainian TV channel.

The Ukrainian leader added that there was no need to comment on the incident in terms of politics, but to respond to the incident only within the legal framework.

"Now, I am strongly convinced that this issue was within the competence of law enforcement agencies and they started acting. Let's leave politics for politicians, crime to law enforcers, prosecutors and to courts," Poroshenko said, adding that he hoped Saakashvili would make a similar attempt to enter the territory of Georgia in due course.

According to the Ukrainian president, the former Georgian and Ukrainian official committed a crime instead of appealing the decision to strip him of Ukrainian citizenship.

"In any state governed by the rule of law, a person could appeal any administrative act in the supreme administrative court… No one has filed any lawsuit to a court for more than a month and a half… Instead of this, a crime has been committed, because there is a constitutional principle of inviolability of borders," Poroshenko said.

The Ukrainian president added that he would respect any court ruling for Saakashvili.

© AP Photo / Efrem Lukatsky
Wasn't Us: Kiev Denies Role in Delaying Ex-Odessa Governor's Train Bound for Ukraine
On July 26, Poroshenko revoked Saakashvili's Ukrainian citizenship when it was discovered that he had violated the law by providing incorrect information on his citizenship application. Saakashvili was outside the country when the decision was made.