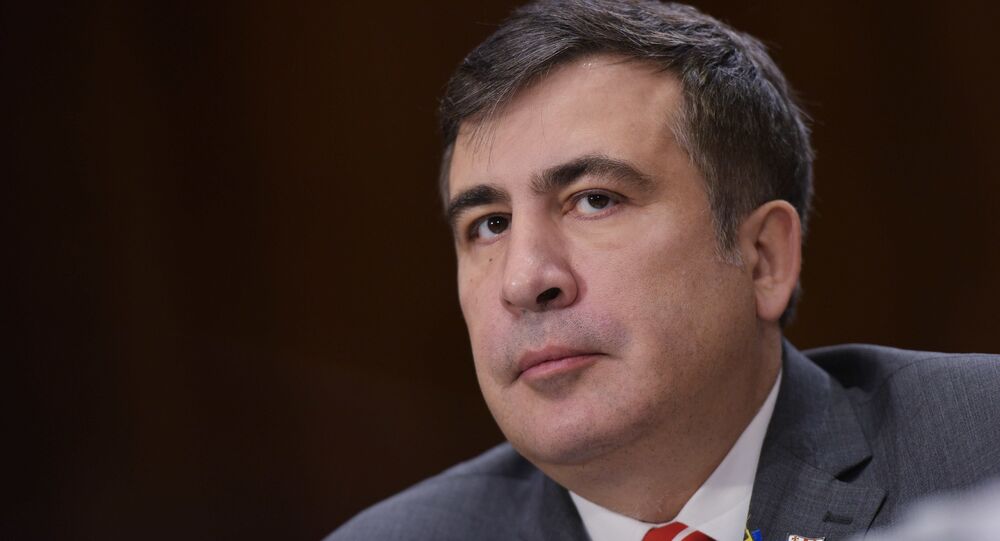 The Ukrainian Police reported that it has started a criminal procedure over Former Georgian President and ex-Governor of Ukraine's Odessa Region Mikheil Saakashvili's border crossing.

© Sputnik / Iliya Pitalev
WATCH: Ex-Odessa Governor Breaks Through Ukrainian Border With Help of Supporters
On Sunday, a train, carrying Saakashvili, was prevented from leaving a railway station in the Polish town of Przemysl, with the railroad staff asking him to leave the train. He had forced his entry to Ukraine, helped by a crowd of his supporters. Then he headed to the western Ukrainian city of Lviv. Same day, State Border Guard Service of Ukraine spokesman Oleh Slobodyan said that  Saakashvili "illegally crossed the border" as he and his supporters did not pass through security checks.

"Today, on September 11, the police of Lviv region has submitted the data regarding committing a criminal offense punishable under Ukraine's Criminal Code article 332 'illegal smuggling of people through Ukraine's state border' in the Unified Register of pre-trial investigation, in the light of events that took place near the Ukraine-Poland Shegini border crossing. The crime is punishable by imprisonment for up to five year," the statement read.