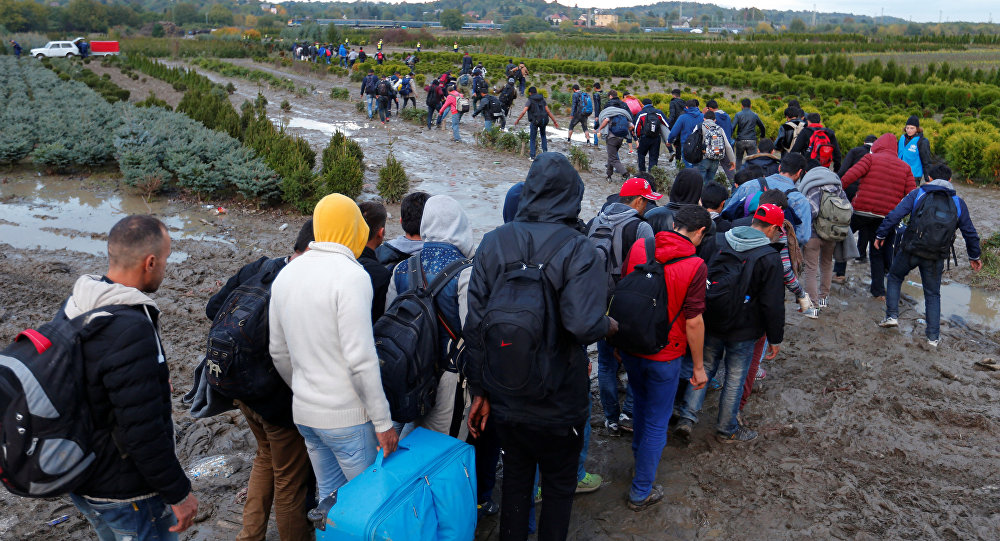 Rights and Obligations: All EU States Must Heed 'Command Decisions' on Refugees

While several EU member states want no part of the Union's efforts to provide for the hundreds of thousands of migrants, Dimitris Rapidis, an Athens-based think tank director, told Sputnik that they are obliged to remain obedient to Brussels.

Touching upon the European Court of Justice's ruling to dismiss Slovakian and Hungarian objections to the European Commission's mandatory quotas for resettlement of refugees, political analyst Dimitris Rapidis said that the issue of bringing member states to heel remains high on the EU's agenda.

"It is basically a discussion on how those member states will finally abide by the rules and [how] they will keep on respecting the European command decisions," Rapidis said.

According to him, the ruling of the European Court of Justice is "a milestone" for the EU and its members.

"From the very beginning of the [EU's] relocation program, there was a group of states, including Slovakia, Hungary and Poland, which formed a coalition against this unanimously (sic) agreed program," Rapidis added.

He underscored that "the problem here is all the EU member states have both rights and obligations" and that "it's impossible that a number of EU countries want to block the implementation of very important agreements."

"From the very beginning, even before the ruling of the European Court of Justice, the European Commission, through [EU migration commissioner Dimitris] Avramopoulos stated that it's necessary to impose a number of sanctions against those member states; but the problem is that there is no process to implement such sanctions," Rapidis said.

Earlier this week, the European Court of Justice pointed out that the quota plan was adopted by the EU institutions to effectively respond to the influx of migrants and refugees.

Unless cooperation lies in the illegal migration field. Or Baltics, Poland and Romania have louder voices than Hungary and Slovakia?

Peter Susko, a spokesman for the Slovak Foreign Ministry told Sputnik on Wednesday that Slovakia fully respects the court's ruling, but stresses that the system of compulsory relocation is not an effective solution to the crisis.

© AP Photo / Alik Keplicz
Poland Defiant in Face of Brussels Over 'Ticking Time Bomb' Refugee Crisis
In September 2015, the EU Council forced through its plan to impose a quota system to redistribute 160,000 migrants from Greece and Italy across the EU by September 2017.

'Political Football': Why the EU Returns Refugees Back to Greece

The Fearless: Czech PM Ready to Fight for Right to Refuse Refugees Amid EU Rift