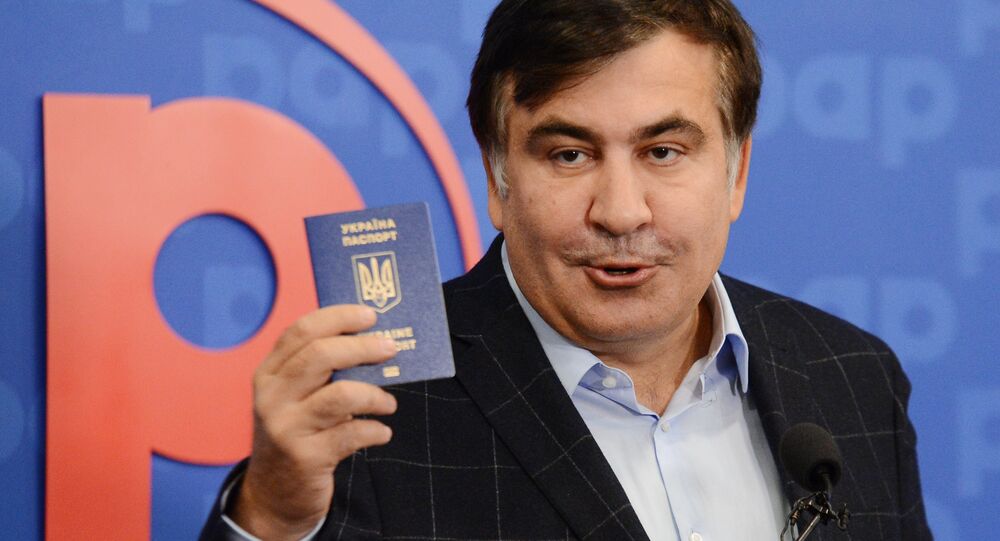 The former governor of Ukraine's Odessa Region, former Georgian President Mikheil Saakashvili, said Saturday he was about to begin his return journey to Ukraine from Poland, despite being stripped of his Ukrainian citizenship.

KIEV (Sputnik) – On July 26, Ukrainian President Petro Poroshenko revoked Saakashvili's Ukrainian citizenship when it was discovered that he had violated a national law there by providing incorrect information on his citizenship application. Saakashvili was in the United States at the time when Poroshenko made his decision, and said he would appeal the Ukrainian President's move in court.

"That's it, we are heading for Krakovets [border checkpoint], Ukraine," Saakashvili wrote on Facebook.

Earlier this week, the former Georgian president said that he would be accompanied by "several thousand people" at the crossing point between Poland and Ukraine.

Saakashvili was appointed the Odessa Region's governor in May 2015 and stripped of Georgian citizenship upon receiving his Ukrainian passport. He resigned in November 2016, accusing Ukrainian officials of a lack of interest in the fight against corruption.

Saakashvili Plans to Return to Ukraine From Poland in September