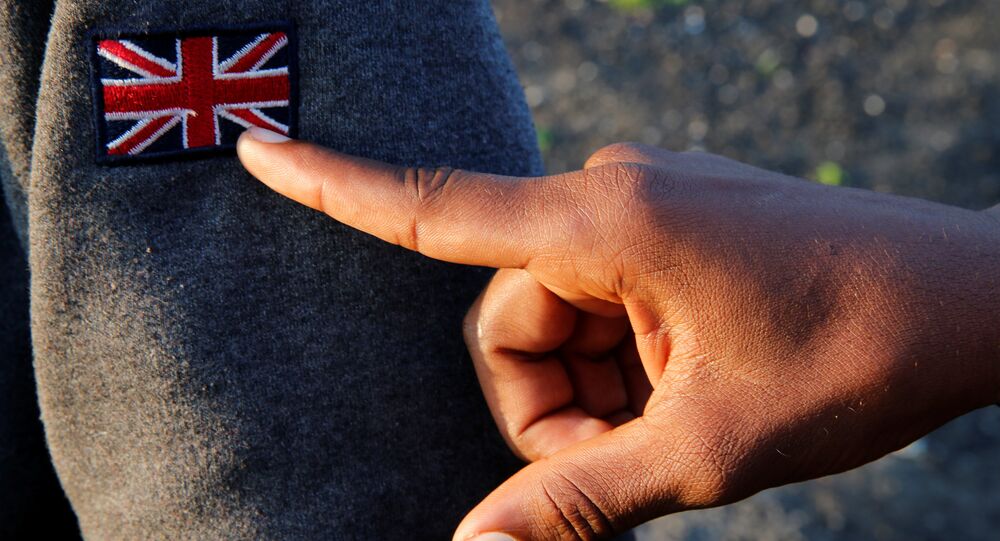 The UK plans to slash EU immigration after Brexit, but the proposed measures could leave the country with a skills shortage, Dr. Catherine Barnard told Radio Sputnik.

The UK government plans to slash immigration from the EU after Brexit with a series of measures to deter migrants from the bloc, according to a Home Office policy document leaked to The Guardian on Tuesday.

The 82-page draft is dated August 2017 and marked extremely sensitive. It details a government proposal to decrease the number of low-skilled migrants from the EU by capping their residency permits to a two-year period. EU migrants in "high-skilled occupations" will be granted longer residency permits of three to five years.

Under the Home Office plans, as soon as the UK leaves the EU, a new immigration system will take effect, under which most European migrants will lose their right to settle in the UK and face restrictions on bringing in family members. In addition, all EU nationals wanting to enter the UK will have to show their passports.

The leaked paper is "striking" since it shows that the Home Office wants to take a "very hardcore line" on EU immigration, treating these migrants in a similar way to those from outside the bloc, Dr. Catherine Barnard, Professor of European Union Law at the University of Cambridge, told Radio Sputnik.

© CC0
EU Brexit Commissioner 'Worries About UK Stance on Irish Border'
The paper will please hardliners who want a dramatic fall in migration, but employers who are highly reliant on foreign labor will be dissatisfied with the proposals.

"The EU has made it clear that they won't talk about transition… what's going to happen next immediately post-Brexit, let alone a future trade deal – until something is sorted out about the position of UK nationals in the EU and EU nationals in the UK, and the Brexit bill. Not to mention, the very thorny issue of how to deal with the border between North and South Ireland."

"Both sides [are] in an armlock against each other, because the UK says 'we can't resolve these issues until we know what the future deal looks like,' [and] the EU says 'we're not even going to talk about a future deal until we've sorted out these issues.' They're waiting for the other side to blink first."

"If you take as low-skilled, as a proxy, anyone earning less than £30,000 or €30,000 a year, then that actually embraces a lot of people who work in universities, schools, hospitals, who are on somewhere between £18,000 and £30,000. People who might traditionally be considered not low-skilled, but medium- to high-skilled, so lab technicians, a lot of teachers, nurses, and administrators are on that sort of money."

"It does mean this being a skill shortage. Now, those in favor of controlling migration say, 'British people could do those jobs.' The UK is pretty much at the state of full employment at the moment across the country, [although] there are parts of the country where that's not the case. The UK as a whole has a very low level of unemployment so if these EU migrants go home and new ones don't replace them, then the economy's going to shrink."