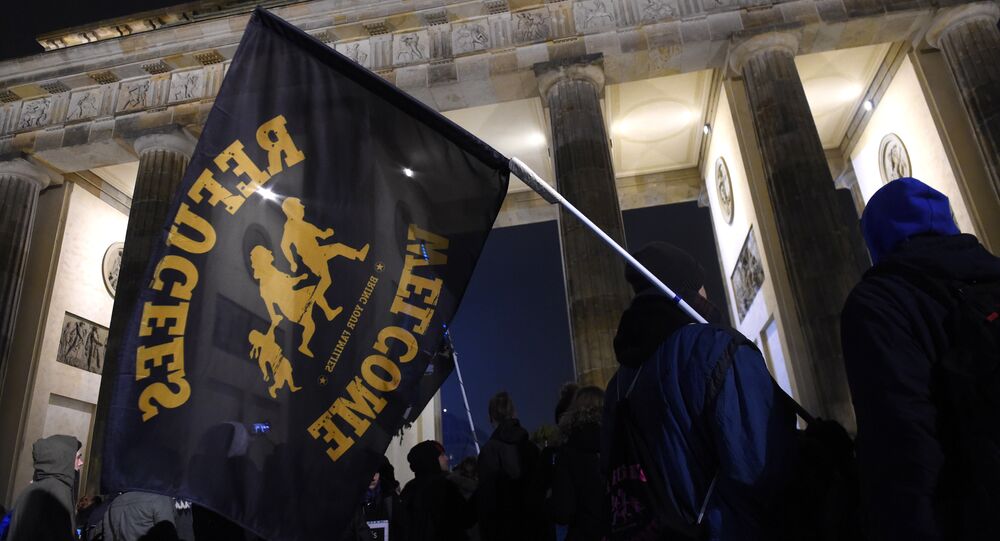 The level of security in Germany has dramatically dropped, the leader of the Alternative for Germany party, Frauke Petri, told Sputnik Germany, commenting on a recent rape incident that took place in Leipzig.

© AFP 2020 / Sebastian Willnow / dpa
German Police Detain Several Suspects in Counterterrorism Operation in Leipzig
Last week, a young man described as being of a "southern" appearance assaulted and brutally raped a German woman in her 50s who was jogging in the popular Rosental Park in central Leipzig.

Petri said, commenting on the incident, that the migration policy of the German government is untenable, adding that the police force should be increased.

"Apart from the fact that I live somewhere about a mile and a half from this place, and my children regularly move around Leipzig alone when they go jogging, it [the incident] shows that the security situation has significantly deteriorated," Petri said in her interview with Sputnik Germany.

According to the politician, German citizens, especially women, can no longer feel secure in one of the most popular recreational areas of the city.
Petri noted that criminal activities among foreigners have significantly increased. She believes that the incident in Leipzig is a direct consequence of the erroneous migration policy of the German government.

"First of all, when it comes to criminal activities among foreigners, the state needs to limit their sources and eradicate their causes. They must start with German borders, which must be finally protected. And if we have criminals, then they need to be expelled…. We have problems at the moment, because the German government has learned nothing from the 2015 migration crisis," Petri said.

© Flickr / Konrad Lembcke
German Police Receive 18 Sexual Assault Complaints After Darmstadt Festival
On Friday morning, a woman was attacked as she jogged through the popular Rosental Park in central Leipzig by a man described as being 25-35 years old, with dark hair, a short unkempt beard and a "southern" appearance. The attacker dragged the victim from a path and raped her while also hitting the woman in the face so hard she had to undergo emergency surgery.

A representative of the German police in Leipzig, Uwe Voigt, told Sputnik Germany that the number of police officers in the city was increased following the incident.

The suspect remains at large. Authorities are also investigating whether the man is linked to two other sexual assaults that occurred in the same area recently.
Europe has seen a wave of sex attacks amid the migration crisis, which were first reported in European countries on New Year's Eve 2016. Hundreds of women in Cologne were reportedly robbed, threatened and sexually assaulted by small groups of aggressive men, allegedly mostly of Arab and North African origin. Several similar incidents were reported on the same day in Frankfurt, Dusseldorf and Berlin and later in Finland, Belgium, Austria, Denmark and Sweden.