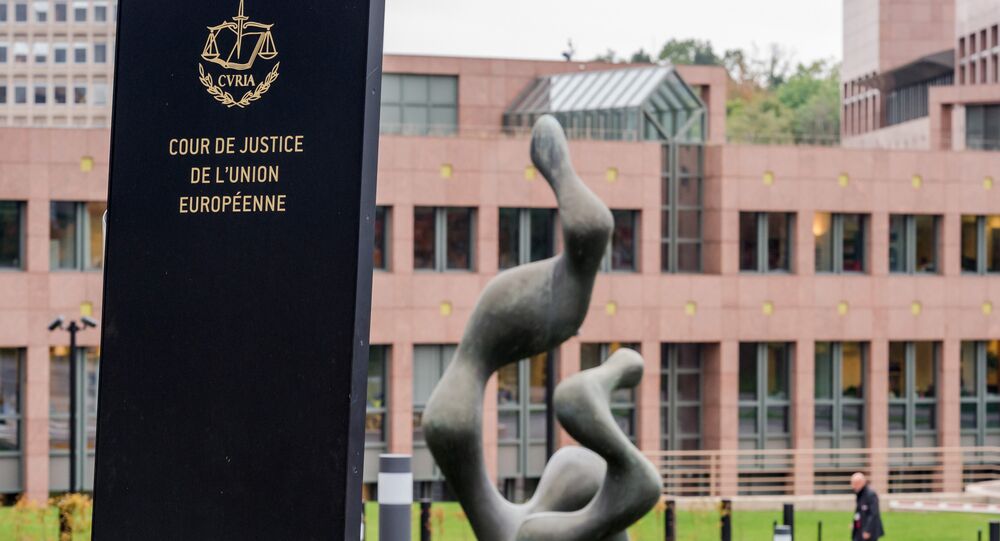 The ECJ's decision to reject Slovakia's and Hungary’s exemption from the EU relocating refugees' policy shows that the EU member states must adhere to relocation quotas, a non-governmental human rights organization said Wednesday.

MOSCOW (Sputnik) — The European Court of Justice's decision to reject Slovakia's and Hungary’s exodus from the EU scheme for refugees' relocating reveals the duty to adhere to relocation quotas, a non-governmental human rights organization said Wednesday.

"Today’s ruling shows that no country can hide from their responsibilities to refugees. Slovakia and Hungary have tried to dodge the EU’s system for solidarity, but each country has a role to play in protecting people fleeing violence and persecution," Director of the Amnesty International, European Institutions Office, Iverna McGowan, said, commenting on the ECJ decision.

© REUTERS / Laszlo Balogh
Slovakia, Hungary Not to Dismiss Migrant Quota System Amid ECJ Decision
The Hungarian and Slovakian governments’ appeal to the ECJ was a baseless attempt to make "refugee free zones" of their countries, she said.

"Member states must show solidarity with each other, and with asylum seekers who are seeking protection in Europe," McGowan added.

Meanwhile, earlier in the day, the court ruled to dismiss the case brought by Slovakia and Hungary against the mandatory quotas for resettlement of refugees. Actually, in September 2015, the heads of the EU interior ministries adopted the European Commission’s proposal on the distribution of 160,000 undocumented migrants in Italy and Greece, across the European Union under a quota plan.