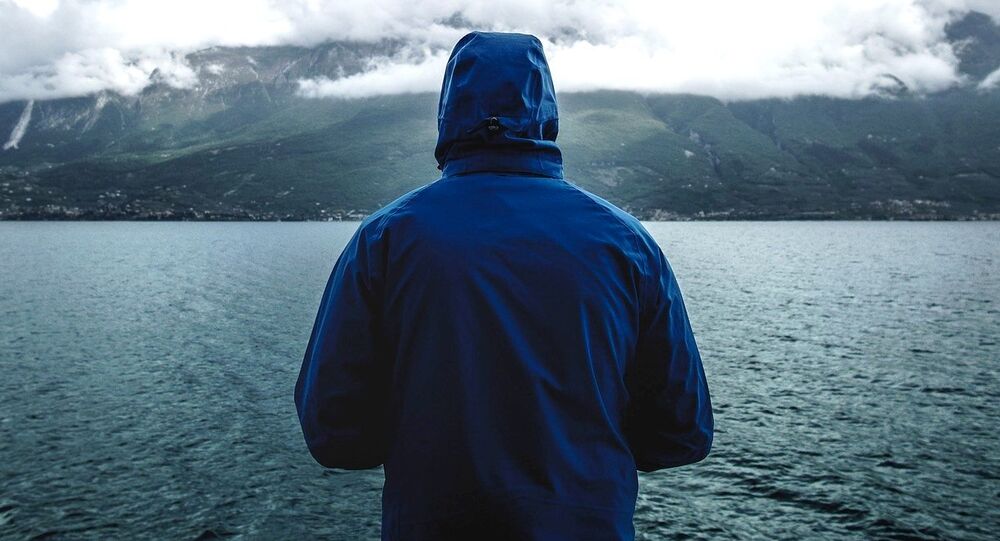 Speaking to Sputnik on the 50th anniversary of the founding of Sealand, a micronation located 12 kilometers from the eastern shores of England, Prince Michael Bates, the would-be sovereign country's leader, is in a proud mood. Given the transcendently peculiar history of the world's smallest principality, he perhaps has every right to be.

September 2, 2017 marked the 50th anniversary of the founding of Sealand by Roy Bates, a former British army major-turned-pirate radio pioneer.

Over the course of its half-century as a self-declared independent sovereign state, it has has fought off attempted invasions from rival pirate broadcasters, fired warning shots at the Royal Navy, and repelled a coup d'etat launched by a German businessman — among other things.

"Many exciting and sometimes dangerous things have happened over the years — I guess the most exciting was retaking the fortress back after the German invasion. You can't beat sliding down a rope out of a helicopter at dawn to get the adrenaline flowing," Prince Michael told Sputnik.

It's hard to believe that this was taken 50 years ago! Today we celebrate 50 years of independence, and survival against the odds #Sealand50 pic.twitter.com/LG9U52iy1D

​Before the founding of Sealand, the "island" — a brutalist oceanic biped, forged from steel and concrete — was HM Fort Roughs, one of several fortress islands built in 1943 by the UK government to defend Britain from potential invasion, and protect vital shipping lanes.

For the remaining duration of World War II, between 150-300 Royal Navy personnel occupied the structure, and many remained subsequently, with the last full-time residents departing in 1956.

Even before it became Sealand, HM Fort Roughs occupied an anomalous legal area. It was constructed well outside the UK's sovereign nautical territory, and therefore, effectively illegal under international law. However, rather than being destroyed after becoming militarily redundant, Roughs was simply abandoned, res derelicta.

The grey area the fortress inhabited was seized upon by Roy Bates. In the early 1960s, he established an unsanctioned radio station on an abandoned naval fort — "Knock John" — in an attempt to bypass broadcasting restrictions. "Radio Essex" was a big hit with UK citizens, who could hear pop music and comedic DJ repartee denied them via official channels.

However, his broadcasts also caught the attention — and drew the ire — of government officials, who launched a series of legal actions against him.

Bates consistently argued that as he was not broadcasting from UK soil and national laws did not apply to his activities, but judges eventually ruled Knock John fell in UK territorial waters, and relevant legislation did in fact apply.

In 1966, he was convicted of violating Section One of the Wireless Telegraphy Act 1949.

HM Fort Roughs of course did not fall in UK territorial waters, and Bates subsequently occupied the fortress.

He would declare the independent state of Sealand, on the basis of "jus gentium" ("law of nations") over a region that constituted "terra nullius" ("nobody's land") on September 2 1967.

Sealand has its own flag, anthem, constitution, currency, passports and even football team. However, one thing the audacious micronation lacks is official recognition as a country by any established sovereign state.

In the former instance, Roy and Michael ended up in a UK court after Irishman Ronan O'Rahilly of pirate radio station Radio Caroline, along with a small group of men, tried to take Sealand by force.

Bates repelled the attempted invasion using petrol bombs and guns, again drawing the attention of the UK government — there were discussions in Downing Street about whether Sealand should be retaken by force.

In 1968, a Royal Navy boat was dispatched to the island, and Michael fired a warning shot at the craft when it entered Sealand's territorial waters.

The pair were charged with breaking UK firearms laws, but judges threw out the case, claiming UK courts had no jurisdiction over alleged crimes committed outside the country's legal territory.

Westminster had to settle for simply demolishing all other remaining similar forts to prevent anyone else from following Bates' example — his family looked on as huge explosions tore through the structures, and the helicopters that had carried the incendiaries buzzed menacingly above Sealand.

A navy tug transporting a demolition crew also passed close by their fortress home, with sailors shouting, "you're next!"

"Of course the government would like to see us disappear — no government likes institutions they cannot control," Prince Michael told Sputnik.

It's not merely the UK government that has sought to meddle in Sealand's affairs. In August 1978, German businessman Alexander Achenbach and a retinue of Dutch and German soldiers of fortune stormed Sealand with speedboats, jet skis and helicopters and took Michael hostage while Roy was absent.

​The micronation's founder was not going to take this incursion lying down. The next morning, he and supporters launched a successful counterattack using weapons stashed on the platform.

The mercenaries were subsequently held as prisoners of war, and Achenbach — a Sealand passport holder — was convicted of treason.

Roy demanded the Federal Republic of Germany pay DM 75,000 (over US$35,000) to secure his release — German leaders petitioned the UK government to intervene, but officials disavowed his imprisonment, citing the 1968 court decision.

Germany was forced to resort to sending a diplomat to Sealand to officially negotiate for Achenbach's release.

Roy eventually relented, and claimed the visit constituted another de facto recognition of Sealand, this time by Germany.

​Bates would eventually move back to the UK in his old age, naming Michael his successor as Prince of Sealand.

He died in October 2012 at the age of 91 — and while Michael resides in Suffolk, he frequently visits his kingdom, and ensures two people are constantly posted to the island for its defense, lest any other aspiring usurpers from Germany or elsewhere get any ideas.

Others have sought to enter Sealand's folds via legitimate, bureaucratic means — passports can be bought and applied for on the nation's dedicated website.

Prince Michael says if applicants are "upstanding members of their community" they will normally be accepted — although he's quick to note Sealand's citizens mainly reside overseas.

Those who spend time on the island are expected to conduct maintenance, and help manage the fledgling nation's e-commerce activities.

Staying afloat financially looms large in the considerations of Sealand's authorities, if only to keep the rusting outpost maintained.

Key sources of revenue are offering offshore storage facilities for electronic records, and selling Sealand paraphernalia, including aristocratic titles — "much like the early French kings who used to sell letters of nobility to finance their wars," Prince Michael said.

Among Sealand's many dukes and counts is popular singer-songwriter Ed Sheeran, who is a Baron of Sealand.

Which means he can give out titles to people. So he's given me the title of Baron von Edward Sheeran. I am a Baron. Awesome

​"We have a huge amount of followers, and relationships with other micronations — Vit Jedlicka from Liberland came to our 50 years of independence celebration on September 2. Just keep buying from our online store and giving us ideas and practical help and we will survive forever," Prince Michael concluded.

Another Micronation Kingdom Under Fire, Accused of White Supremacy