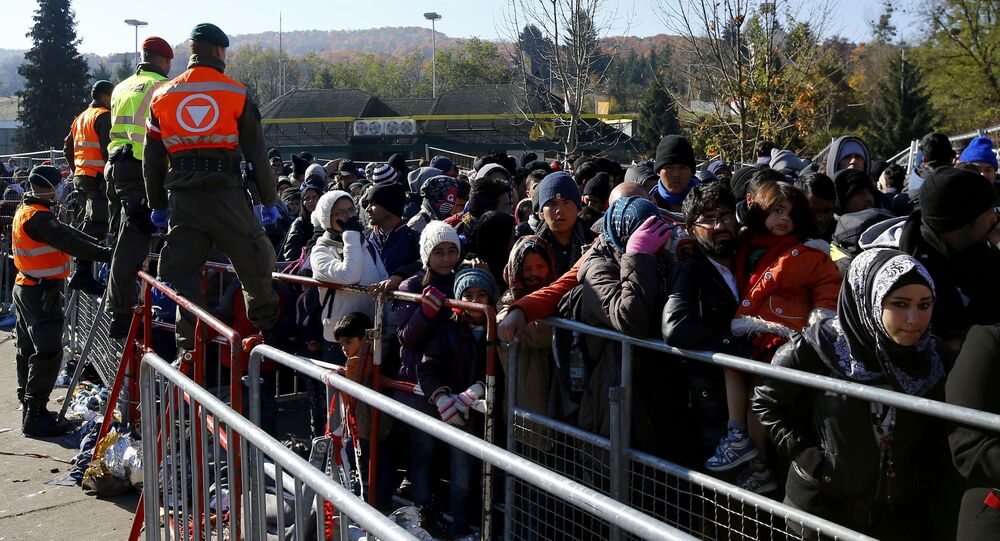 According to the Krone Zeitung newspaper, Kurz plans to cut social benefits for migrants by 277 euros ($330) per month. Thus, the first five years will yield a social allowance of 560 euros per person. In addition, the maximum allowance per family will also be reduced to 1,500 euros. It is further noted that benefits will be cut across the entire country.

© REUTERS / Michaela Rehle
Berlin to Boost Security on Border With Austria Amid Influx of Illegal Migrants
Austria's snap parliamentary elections will be held on October 15, as agreed upon by the heads of the parliamentary factions. The decision followed the collapse of the coalition between Austria’s center-left Social Democratic Party (SPO) and center-right OVP, which was meant to govern until September 2018. The breaking of the coalition reportedly occurred due to disagreements over reform policies.

Stable and wealthy states such as Austria attract migrants from crisis-torn countries in Africa and the Middle East. In January 2016, the Austrian government made the decision to limit the number of asylum seekers the country could accept. In 2017, these figures should not surpass 35,000 under the 2016 limitations.

In early July, during a meeting in Vienna with his Italian counterpart Angelino Alfano, Kurz pointed out that undocumented migrants saved in the Mediterranean Sea should not be transported to mainland Italy, from where they can reach other EU countries. Kurz also threatened to close the Brenner Pass on the Italian-Austrian border in the eastern Alps in the event of a large influx of migrants.