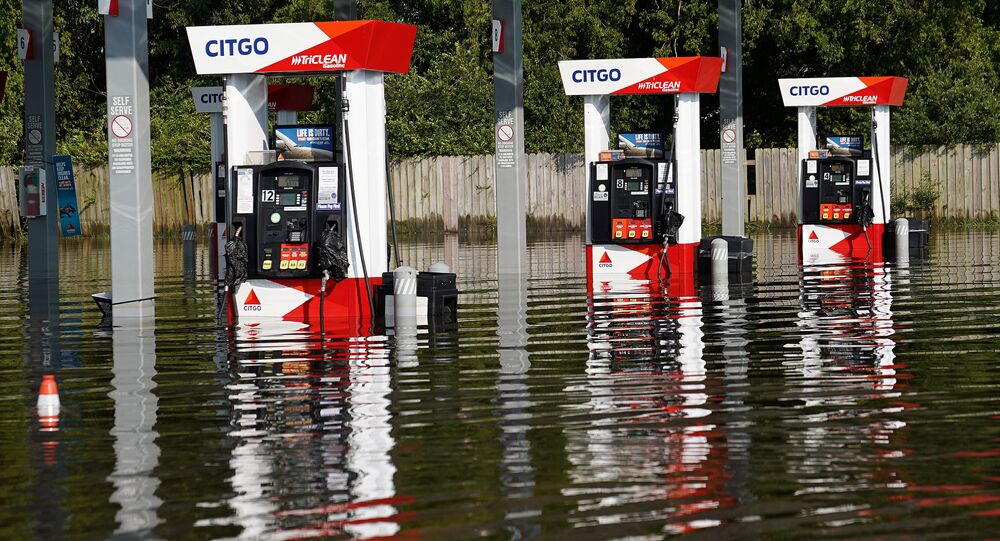 In addition to devastating parts of Texas, hurricane Harvey is likely to lead to a hug spike in domestic fuel prices that could even reach far beyond the US, with the aftershocks felt as far as Scandinavia. While European gasoline producers are rubbing their hands, car owners are likely to be hit the hardest.

The area ravaged by Harvey accounts for 20 percent of the US' total oil production. Currently, around 10 percent of the operation is shut down, which amounts to 1 million fewer barrels a day. The aftereffects of the decrease are estimated to reach as far as Norway, which is itself a major oil producer.

"The US is one of the world's largest oil producers, and it will have a huge impact if the storm has caused major long-term infrastructural damage," Nordea oil analyst Thina Saltvedt told Norwegian national broadcaster NRK. "The torrential rains and the floods have caused many to flee. This hampers economic activity and reduces demand in the area," she added.

© REUTERS / Richard Carson
The Pest in Tempest: Mosquito Invasion Could Add to Harvey Hurricane Disaster
The Texas coast is home to roughly 45 percent of the US' total oil refinery capacity, and up to 16 percent of the production is estimated to have shut down. This is projected to lead to a surplus of crude oil and a reduced amount of refined oil, which in turn may lead to a worldwide spike in gasoline prices. In parts of the US, gasoline prices have jumped 20 percent, as opposed to roughly 10 percent in parts of Europe.

"There's already been a sharp increase in gasoline prices in the area. The past weekend alone, there was a price increase of six percent," Saltvedt pointed out. "Now that the hurricane is over, it may take time to turn up the production. Previously, the US had to import gasoline from Europe in times of crisis. If applied again, this scheme may lead to higher gasoline prices here also," Saltvedt said, pointing out European refineries as expected to benefit financially from the situation.

Previous experience from hurricane Katrina in 2005 indicates that the oil industry was severely affected by the natural calamity and took several years to recover.

© AP Photo / Gerald Herbert
High and Dry: Harvey ‘Indefinitely' Knocks Out Water Source of Major Texas City
In the meantime, state-owned Norwegian oil giant Statoil, which has a staff of 950 in Texas, decided to temporarily close down its offices in Houston and Austin and send its employees home, NRK reported. Additionally, Statoil's land-based oil and gas production in Eagle Ford field in Texas was closed. The whole area is secured and the staff has been evacuated. Statoil press officer Erik Haaland called the situation "demanding," yet stressed that the safety of the employees was a priority.

Meanwhile, gasoline prices have already gone up in Norway's neighbor Sweden and are projected to continue rising.

"The pressure on petroleum products in the US has increased after Harvey," Petroleum Institute Vice President Ulf Svahn told the Swedish tabloid newspaper Expressen.

An armada of European oil tankers is reported as ready to change course and pull off to the US. According to ship brokers in London, at least 40 ships have been booked to ports in the Mexican Gulf to deliver various petroleum products from Europe. The more tankers end up redirected to the US, the higher the effect for European consumers will be.