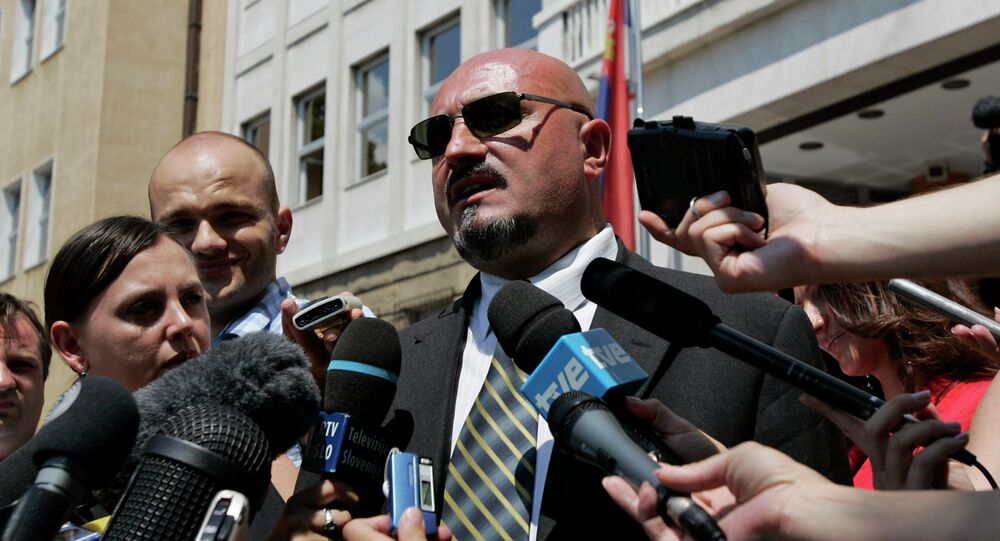 Goran Petronijevic, a lawyer representing one of individuals suspected of organizing a coup in Montenegro, told Sputnik on Tuesday that the use of photos allegedly depicting yet another coup suspect together with the Russian nationals was nothing but a manipulation.

"The photos… have emerged as part of operative activities of Serbia's Security Information Agency. Aleksandar Sindjelic, Sasha, he has several names and the security services have shown interest in this person… We speak about a person, who lies a lot… In the testimony, Sindjelic said that he visited Moscow, visited the 'KGB facilities'… After that it has been revealed that there was an arrest warrant for the murder with aggravating factors in Croatia that's why he could not leave Serbia and enter Russia. There is no sense to pay attention to all these issues, these are manipulations," Sindjelic said.

The lawyer added that if the photos were true they would prove only the fact that Sindjelic knew people, who had been reportedly named the GRU officers, however, without any facts proving their identity, and nothing more.

More than 10 citizens of Serbia and Russia were detained in Montenegro on the day of this country's election on October 16, 2016. Soon after that, a number of Montenegrin officials said that some Russian secret service officers were involved in plotting the coup attempt. Russian officials, includingg Kremlin spokesman Dmitry Peskov, refuted the allegations saying that accusations pointing to Russia's alleged involvement were groundless.

'If Montenegro is Guarantor of Stability, We Can Kiss Balkan Stability Goodbye'