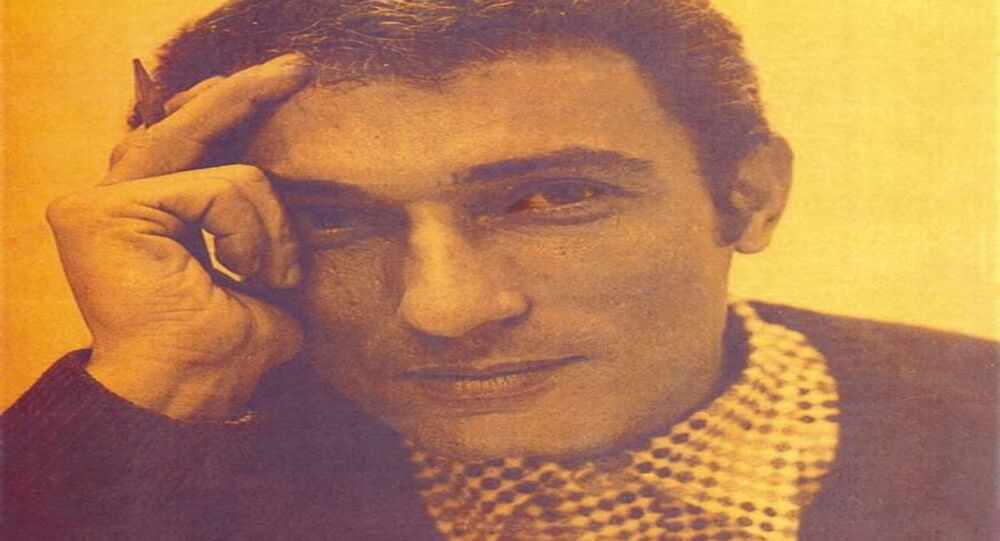 Detectives have launched a new investigation into the assassination of a famous Palestinian cartoonist 30 years ago. Naji al-Ali's most famous cartoon, Handala, a barefoot Palestinian refugee boy, is still widely used in the Arab world.

The Metropolitan Police says it is determined to solve the murder of a Palestinian cartoonist gunned down in London in 1987.

​"We remain open-minded about the motive for Mr. al-Ali's murder and we believe there are people somewhere who have information that could help us bring those responsible for his murder to justice," said Commander Dean Haydon, head of the Met's Counter Terrorism Command.

The brutal murder of Mr Al-Ali devastated his family & 30 years on they continue to feel the loss. Help bring those responsible to justice pic.twitter.com/2wKyZ9Yg1k

Mr. al-Ali, 51, worked for the Kuwaiti newspaper Al-Qabas, but his cartoons were syndicated all over the Middle East.

At 5.10pm on 22 July 1987 he was walking to his office in Knightsbridge when the assassin began trailing him. He followed him for about 40 seconds and then shot him in the back as he turned into Ives Street.

He died in hospital on August 29, more than a month after he was shot.

At the time of his death it was assumed he was gunned down by the Palestine Liberation Organization (PLO) because of a series of cartoons which mocked their leader, Yasser Arafat.

"My brush is my only weapon, I use it to stand against the vicious forces of evil in our world," al-Ali had said shortly before his death.

​Mr. al-Ali's most famous and enduring creation was Handala, a sketch of a 10-year-old boy who was always drawn barefoot and in rugged clothes with his face turned away.

​The cartoonist himself was born in 1936 in the village of Ash Shajara, in what is now northern Israel, and became a refugee at the age of 10, growing up in a Palestinian camp in Lebanon.

Many politicians and military leaders had been mocked or criticized by his cartoons so the list of suspects was large, but the PLO became the prime suspects.

A month before the shooting Mr. al-Ali told colleagues he had received a call from a senior PLO official who told him: "You must correct your attitude."

The Fatah faction of the PLO renounced terrorism in 1993 and currently holds power in the West Bank, while its Islamist rival, Hamas, governs in the Gaza strip.

Mr. Arafat himself died in 2004 and it is quite possible the gunman and an accomplice who was seen driving him away are no longer alive.

#NajiAlali best known 4 his drawing of #Handala(a sketch of a 10yo boy stands barefoot in rugged clothes w/ his back turned & hands clasped) pic.twitter.com/0zRx4eJhEG

​Witnesses said the killer was of "Middle Eastern appearance," aged about 25, with collar-length thick black hair. He was wearing a stonewashed denim jacket and dark trousers.

The getaway driver was in his 50s, wore a gray suit and had a noticeably large nose.

The murder weapon, a 7.62 Tokarev pistol, was found two years later, dumped on the Hallfield housing estate near Paddington station.

"The brutal murder of Mr. al-Ali devastated his family and 30 years on they continue to feel the loss," said Cmdr. Haydon.

"We have previously reviewed this case and followed a number of lines of enquiry which have not resulted in us identifying these two men. However, a lot can change in 30 years, allegiances shift and people who were not willing to speak at the time of the murder may now be prepared to come forward with crucial information," he added.