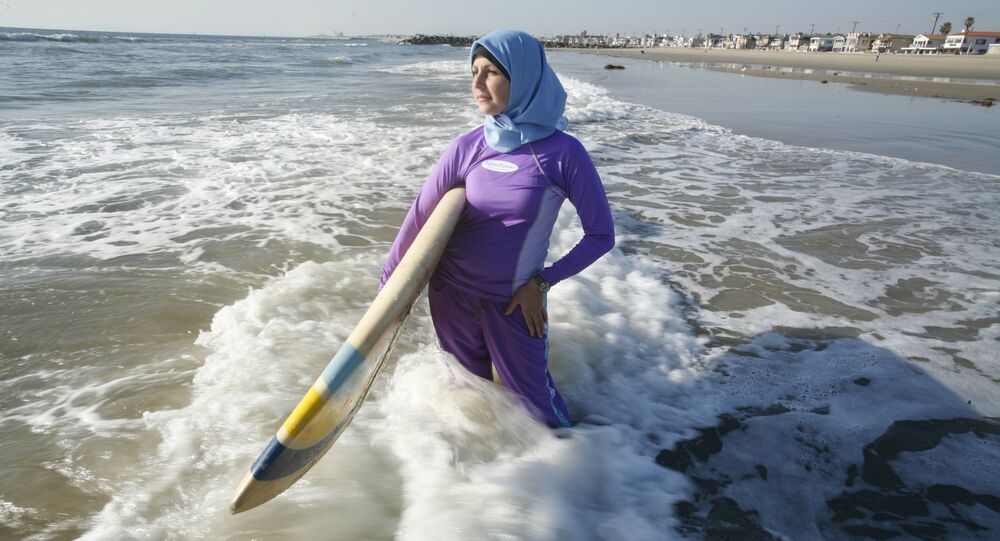 Across Europe, the so-called modesty swimsuits, burkinis have long been the focal point of the scorching public debate on the acceptance of Muslim garments in public places. A Swedish municipality has added fuel to the fire in the debate by purchasing burkinis for Muslim schoolgirls to participate in swimming lessons.

© AP Photo / Musadeq Sadeq
Easy Mistake? Norwegian Right Confuse Empty Bus Seats With Burqa-Clad Women
Bengtsson was referring to the general requirement that all students must be able to swim 200 meters to get a passing degree in physical education.

© Flickr / Let Ideas Compete
Tip of the Iceberg: Segregated Swimming Hours All the Rage in Sweden
Rolf Bengtsson agreed that the use of burkinis is an issue fraught with controversy, but suggested that schools should not make their own laws since there was no sort of ban on comprehensive clothing in Sweden.

© AP Photo / Santi Palacios
Sink or Swim! Sweden Launches New Initiative to Prevent Migrants From Drowning
Earlier this year, Dick Andersson of the Sweden Democrats Party lashed out against the practice of selling burkinis, which many Swedish swimming pools have adopted.