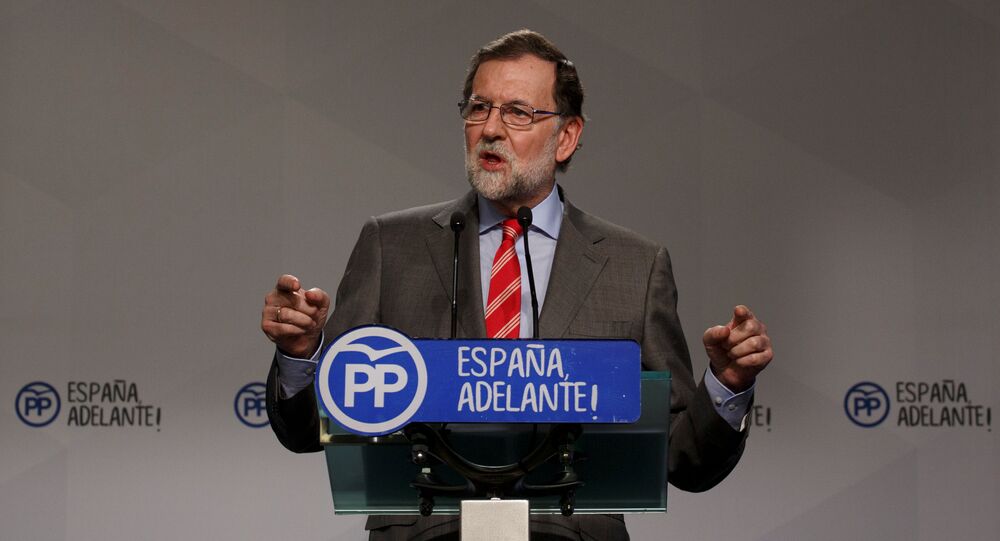 At the press conference with the EU leaders the Spanish Prime Minister outlined priorities in fighting terrorist threat in the light of recent attacks in Catalonia.

"The need for the fundamental work of all countries to fight terrorism" was named by Rajoy as the first priority. The second goal implied "closer cooperation between security forces of neighboring states," the prime minister said, adding that Spain should develop the anti-terror cooperation with France and Morocco.

The third aim envisaged "the fight against radicalization including through the Internet." Rajoy noted that the perpetrators of the recent attacks in Catalonia had not used the Internet during their preparations but pointed at the need for anti-terror activities online.

© AP Photo / Oriol Duran
Court Decides Not to Take Into Custody Suspect in Terrorist Attacks in Spain
Rajoy named the fight against terrorism financing as well as the development of the mechanism to protect victims of terror attacks as two other priorities in anti-terror struggle.

The prime minister also announced that the meeting of the interior ministers of Spain, France, Italy, Germany, the United Kingdom and Poland would be held in the near future and would focus on the measures aimed at developing anti-terrorism cooperation.

On August 18 and 19, Catalonia's cities of Barcelona and Cambrils faced van ramming attacks. A total of 16 people were killed and over 130 injured in the tragic incidents treated by the authorities as terror attacks. The Islamic State terror group (IS, banned in Russia) has claimed responsibility for the Barcelona attack.

According to Catalonia's police force, a 12-person cell was behind the terror attacks. Four suspects have been arrested and five others were killed after the Cambrils attack. Two more attackers allegedly died in an explosion in the Catalan town of Alcanar, where the terrorists had been preparing explosives. Last week, police confirmed they had killed Younes Abouyaaquob, the suspected perpetrator of the terrorist attack.

People March in Remembrance of Victims of Catalan Terror Attacks