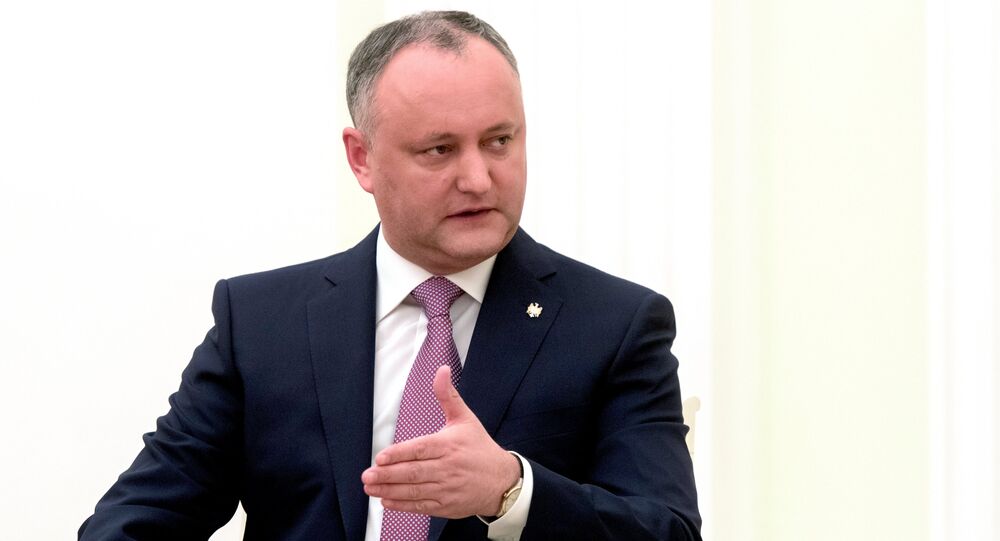 Moldovan reunification with breakaway regions will serve as an additional guarantee of the it's sovereignty, Moldovan President Igor Dodon said Monday.

CHISINAU (Sputnik) — Moldova’s reunification with breakaway regions like Transnistria will serve as an additional guarantee of the country’s sovereignty, as the republic’s chance of survival is becomes lower when it is in a divided state, Moldovan President Igor Dodon said Monday.

"Without Transnistria, Gagauzia, it is easier to wipe the sovereignty of Moldova. Gagauzian people have always expressed their willingness to live with Moldovans. The citizens of Moldova are also present in Transnistria and majority of them also want to be together. That is why the country's reunification is an additional guarantee of preservation of it's sovereignty… Moldova as an independent state has a chance to survive only in case of reintegration," Dodon wrote on Facebook.

Transnistria, a region with a predominantly Russian and Ukrainian population, seceded from the Soviet Republic of Moldova for fear of potential unification with Romania in 1990. The separation led to a conflict known as "The Transnistria War" that ended in a ceasefire declared on July 21, 1992. Despite this fact, the conflict remains unresolved.