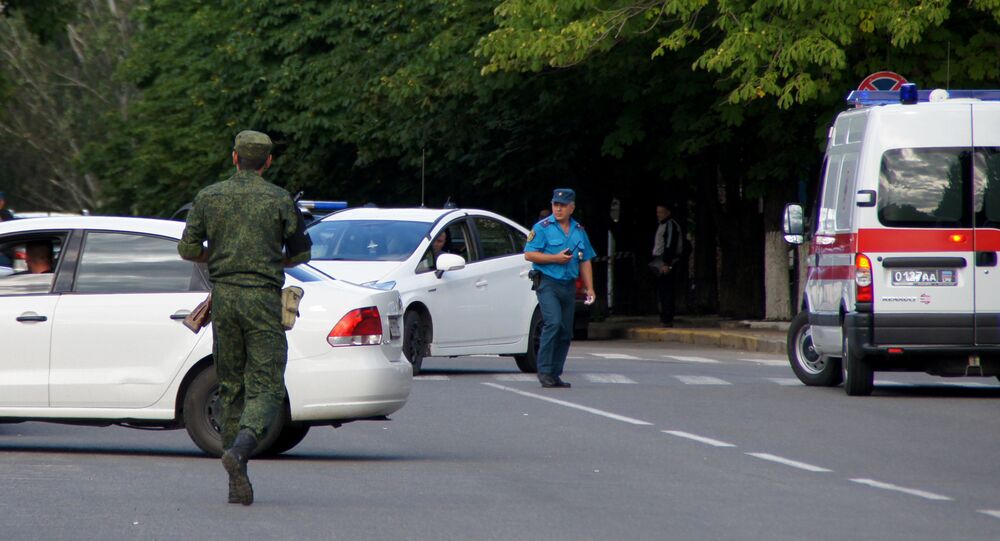 LUGANSK (Sputnik) — He added an investigation was underway, no further details have been disclosed.

"A high-profile murder of two persons who were deputies of the People's Council of the Lugansk People's Republic occurred in the Kamenobrodsky district of the city of Lugansk overnight from August 26 to August 27, 2017," Tsevenko said.

© Sputnik / Sergey Averin
Lugansk Militia Observes 'School Truce' With Ukraine in Donbass
Earlier in the day the deputy commander of the self-proclaimed Donetsk People's Republic (DPR) Operational Command, Eduard Basurin, accused the Ukrainian armed forces of not observing the recently agreed upon "school" truce in the country's southeastern region of Donbass. One civilian has already been wounded amid the ceasefire.

At the same time, the Ukrainian side accused the Donbass militia of violating the truce 22 times over the same period.

On Wednesday, the Trilateral Contact Group on Ukraine held a meeting in Minsk and agreed on a ceasefire in Donbass starting from August 25 in connection with the beginning of the new academic year in the region. The DPR and the Lugansk People's Republic (LPR) confirmed that they were ready to observe the ceasefire.