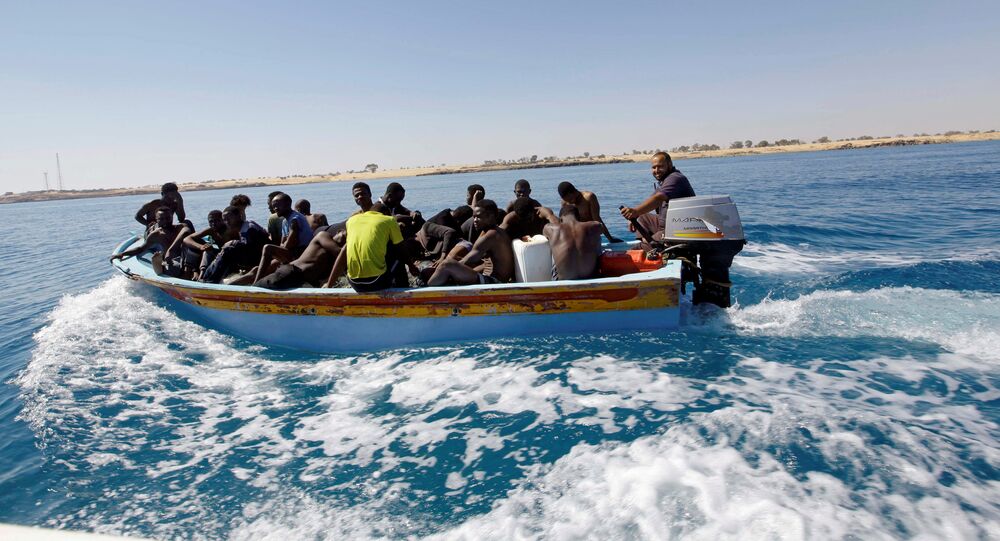 The European Parliament has proposed allocating funds to Libya to meet the migration crisis head on at one if its sources.

ROME (Sputnik) — European Parliament President Antonio Tajani proposed that six billion euros ($7.1 billion) in aid be allocated to Libya to assist the country in tackling its migration problem and working out a long-term strategy on EU investments to Africa, in an interview with La Repubblica newspaper published Monday.

"Europe has allocated six billion to Turkey to close the Balkan route. So, it is time to do the same with Libya, let us give Libya six billion euros at once, and after that we will invest in the complex strategy on Africa," Tajani told the newspaper.

Tajani stressed that part of the proposed funds should be allocated to Niger and Chad in order to shut the migrant route through Libya, since it could be used by Daesh (terrorist group outlawed in Russia) terrorists.

"The president of Chad told me that Daesh could send its militants to Europe exactly via this route… The EU investments are urgent for blocking this route and creating refugee camps in Chad and Niger under the UN auspices," Tajani said, as quoted by the newspaper.

Europe has been beset by a massive refugee crisis, with hundreds of thousands of undocumented migrants fleeing their crisis-torn countries in the Middle East and North Africa to escape violence and poverty. Many of them have been trying to cross the Mediterranean Sea via Libya.

© REUTERS / Marina Militare
EU to Assist Libya in Sending Stranded Migrants Back Home
In an effort to curb the influx of migrants, Ankara and Brussels agreed on a deal in March 2016, which stipulated $6.4 billion in financial aid and major concessions for Turkey on EU membership and travel in return for Ankara's pledge to take back undocumented migrants arriving in Europe via Turkey.

Libya has been in a state of turmoil since 2011, when a civil war broke out in the country and long-standing leader Muammar Gaddafi was overthrown. The country’s eastern regions are governed by the elected parliament backed by the LNA, and headquartered in the city of Tobruk. The Government of National Accord, formed with the support from the United Nations and Europe and headed by Sarraj, operates in the country’s west, including the Libyan capital of Tripoli.