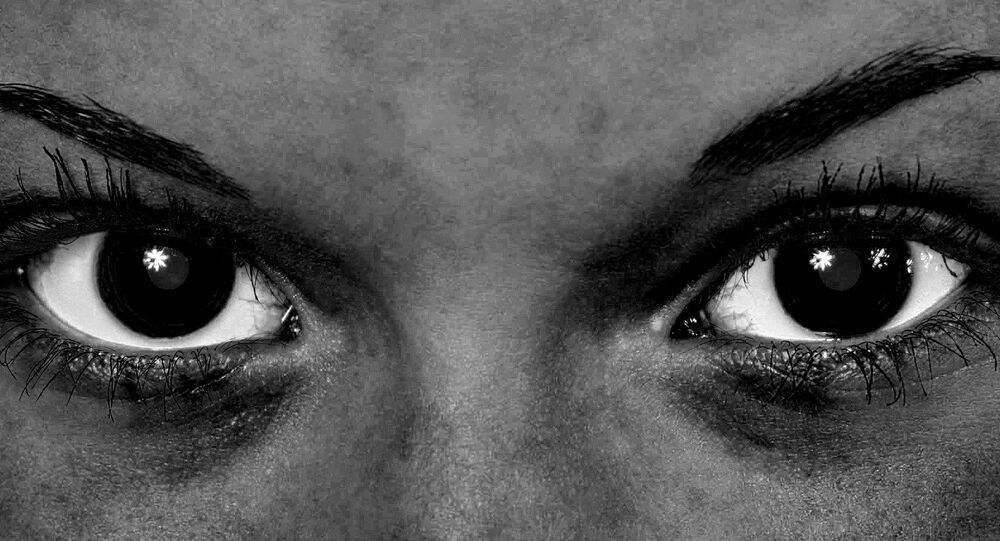 Londoners 'Terrified' by Woman Whose Image Follows Them Everywhere

A brunette who appears on an omnipresent advert has been terrorizing London commuters, causing many to document their fears on Twitter. But she turns out to be an Australian who lives in Berlin and was unaware of her fame.

In George Orwell's book, Nineteen Eighty-Four, images of the sinister dictator Big Brother stare out from posters all over Airstrip One, a fictionalized and dystopian version of Britain.

​But in 2017, it is "Big Sister" who stares out from posters on platforms and tunnels throughout the London Underground system, her eyes following passengers everywhere they go.

Why is this Trivago ad being shat around EVERYWHERE?! Counted 38 ads in about 100m. Feel like I'm being stalked by this woman. #advertising pic.twitter.com/c0BzIVBUhV

​The woman has been chosen as the face of the travel website, Trivago, and her picture is on hundreds of advertisement posters, sparking an avalanche of tweets.

Non-Londoners. Be grateful that a brunette woman in a Trivago advert isn't following your every move. I swear she's got my PIN number now.

Oh gosh. This got me thinking of you and your post the other day, @robynhfrost 😂 pic.twitter.com/CGXjwEN7rj

It turns out that she is actually an Australian model, Gabrielle Miller, who lives in Berlin and was not aware of her new-found fame.

I mean, how many browser windows do you need open at once? pic.twitter.com/pAYhSRyD7y

​"What? No, I wasn't aware. It sounds very unlikely. Tell me more," she told a journalist, who tracked her down.

I see the @trivago woman more than I see my missus at the moment pic.twitter.com/TrYmRir9il

​An advertising analytics firm says the ad has generated the highest digital response rate of any of Trivago's English-language promotions.