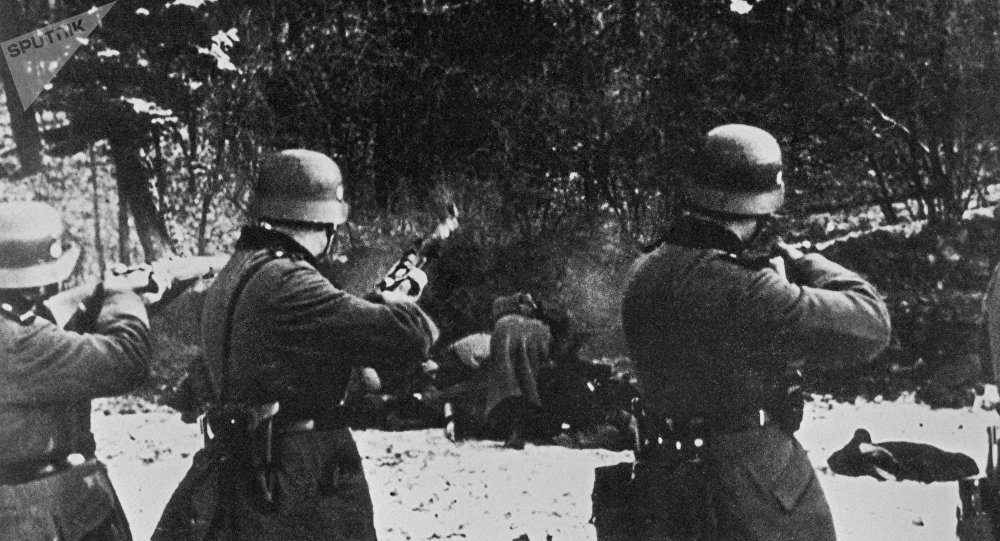 Berlin believes the issue of German reparations to Poland for the atrocities committed during the World War II has already been resolved, a government spokesperson told Sputnik Friday, commenting on Warsaw's bid to get additional compensation.

BERLIN (Sputnik) – On August 2, lawmaker from Poland's ruling Law and Justice (PiS) party Arkadiusz Mularczyk said that he had sent a request to the Bureau of Research of the Polish parliament to find out whether it was possible to demand World War II reparations from Germany. On Thursday, Polish Prime Minister Beata Szydlo said that Poland has the right to demand reparations from Germany to compensate for atrocities committed during the WWII.

According to the spokesperson, the government's position on the issue has not changed.

"You can read about this in the minutes of the government briefing on August 2, when this topic was last touched upon," the spokesperson said.

On August 2, Deputy Spokesperson of the German Government Ulrike Demmer said that while Germany was undoubtedly responsible for World War II in moral, political and financial sense, the issue of German reparations to Poland had already been resolved at the political and legal levels.

© AP Photo / Alik Keplicz
'Moral Blow' to Germany: Poland's Prospects to Get Reparations for Nazi Actions
It is highly unlikely that Warsaw will receive any additional reparations from Germany for atrocities committed during the Second World War, as no one will review the war's outcomes, a senior Russian lawmaker told Sputnik on Friday.

On August 2, lawmaker from Poland's ruling Law and Justice (PiS) party Arkadiusz Mularczyk said that he had sent a request to the Bureau of Research of the Polish parliament to find out whether it was possible to demand World War II reparations from Germany. On Thursday, Polish Prime Minister Beata Szydlo said that Poland had the full right to demand reparations from Germany.

"Poland can put forward any kind of demands, but it is unlikely to get anything. The WWII outcomes were assessed and summarized, the reparations were paid off, no one is going to readdress this issue," Vladimir Dzhabarov, the first deputy chairman of Foreign Affairs Committee of the Russian upper house of parliament, said.

He also pointed out that Poland had received a large portion of German territory after the end of the war, particularly a major part of the historical region of East Prussia.

Dzhabarov added that by engaging in these kinds of discussions, "we can return to the times of the Tatar-Mongol Yoke."

The lawmaker also argued that the sum of reparations, as well as the demarcation of post-war borders, were agreed on during the allied leaders' conferences at Yalta and Potsdam in 1945.

Dzhabarov also suggested that the remarks of Poland's prime minister might be a sort of political trade, or Warsaw's response to EU critiques of Poland's judiciary reform.

He pointed out that Poland's attempts to cast a bone among neighboring countries might lead to a negative outcome for Warsaw.

According to estimates of Polish state-funded Institute of National Remembrance, between 5.6 million and 5.8 million Polish citizens, or around one-fifth of the country's population, were killed during the Nazi occupation. Of this number, 2.7-2.9 million were Jewish Holocaust victims.