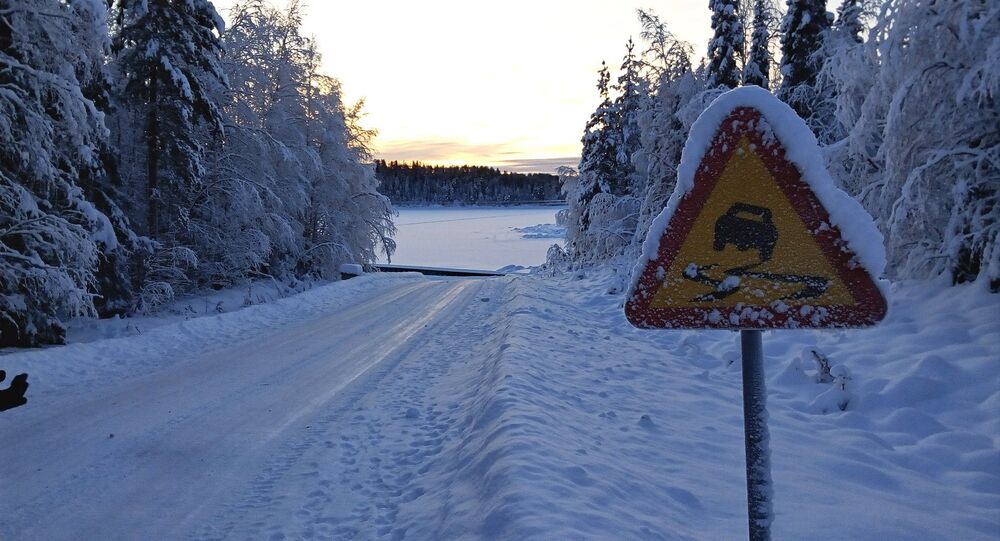 A former Czech soldier is to undergo psychiatric evaluations after he confessed to stabbing a Scottish tour guide to death in Lapland, December 2016.

Karel Frybl admitted to a court in Finland that he killed Rebecca Johnson in a frenzied knife assault, but denies murder, insisting he temporarily blanked out and has no memory of the fatal attack.

The sentence now hinges on whether his guilt reaches the criminal threshold for murder in Finland, which requires some degree of premeditation, or for the death to have been particularly brutal.

Following two days of testimony at a court in Rovanlemi, the trial judge ordered the 36-year-old should be held in custody in order that these mental health checks are undertaken before making a final decision.

​The court will decide later if he is guilty of homicide or the more serious charge of murder.

Under Finnish law, a murder conviction carries a mandatory life sentence — which in practice means at least 12 years provided it meets the legal threshold.

Ms. Johnson, 26, of Burntisland, Fife, died after being stabbed 10 times in the chest on December 4 in 2016. She had 30 other stabbing injuries across her body and showed signs of defensive wounds on her hands.

The court heard how the couple had previously lived in Scotland but moved to the Arctic looking for seasonal work.

​The victim was eventually employed by Santa Safari which works alongside an Oxford-based tour operator Transun Travel, which organizes Christmas-themed excursions in Lapland.

Days before her death it was revealed the couple had been arguing with suggestions of verbal and physical abuse on both sides.

On the morning of the attack, Ms. Johnson called a co-worker Caitlin Howard and told how she was trapped in an abusive relationship.

She claimed Frybl — who also used the name Radek Kovac — had kicked her in the stomach and wanted their employer to remove him from the remote husky farm from where they provided guided sledge rides to tourists.

In #Lapland murder trial, confirmation the suspect will be tried under his original name Karel Frybl & not the name he later used. #Finland pic.twitter.com/YmABmzHf7G

​During the call, the witness told the court how she heard her friend scream three times before the phone went dead.

Fellow tour guide Joe Pickles had been standing a few feet outside the couple's cabin when he also heard the screams.

He told the court how he ran towards the door and opened it:

Revealing how he saw Frybl standing over the victim, who was slumped in a pool of blood, Mr. Pickles said he remained haunted by the image night after night since.

Fearing for his own life, Mr. Pickles ran outside to phone the emergency services. The 30-minute recording was previously played in court.

When he went back to the cabin to check on Ms. Johnson, she was already dead.

Prosecutor Juhani Maki told the court some of the woman's wounds were inflicted either when her back was turned as the attack began or when she was trying to escape the cabin.

Frybl fled the scene despite temperatures approaching minus-35 only to be found several hours later lying in the snow by a local police officer.

Giving evidence, the policeman dismissed the former soldier's claims that he had been attacked by his partner, insisting his injuries were probably self-inflicted.

Throughout the trial, Ms. Johnson's family — father Henry, 60, mother Anne 59, and 29-year-old sister Victoria — listened intently as the details emerged. All of the relatives wore purple ribbons — the colour of her favorite snow-suit.

It has since emerged that Frybl has a history of domestic violence against previous partners.

He struck former lover, 32, in the face when she ended their relationship just three weeks after they started dating.

The Czech national was also ordered to do 250 hours of unpaid work after two other assaults at Hamilton Sheriff Court in 2014.

No date has been given for the decision.