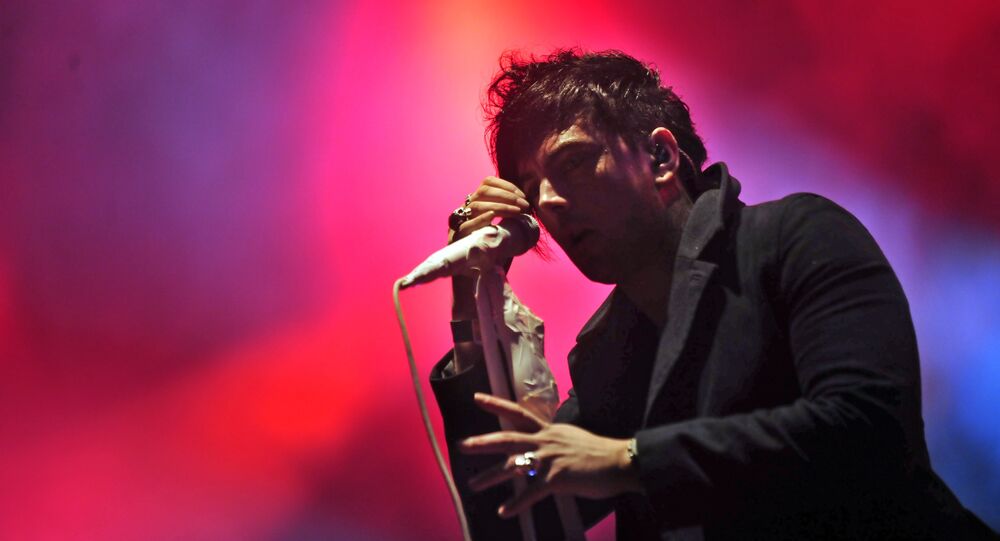 A British watchdog has published a report which found police in Wales had missed several opportunities to bring Lostprophets singer Ian Watkins to justice before he was finally jailed in 2013 for 29 years for child abuse. Researchers studying pedophilia spoke to Sputnik about the possible causes of the horrific phenomena.

​Fans of the British rock band Lostprophets were horrified when, in December 2012, the lead singer was arrested and charged with child sex offenses, including the attempted rape of a one-year-old baby.

A year later Ian Watkins was jailed after a trial which failed to explain why he had committed crimes which the judge described as having "plumbed new depths of depravity."

An Investigation More Disturbing Than the Verdict

We've published findings into the @swpolice response to reports made about paedophile Ian Watkins from 2008-2012 https://t.co/HsxZ2AXEuH pic.twitter.com/G96ymapXXe

​The investigation found South Wales Police "did not adequately action eight reports and three intelligence logs from six individuals concerning the activities of the then lead singer of the Lostprophets between 2008 and 2012."

In December 2008 Watkins' girlfriend, Joanne Mjadzelics, phoned Rhondda Cynon Taff Children's Services and told them he had told her he had given a child cocaine and touched the child inappropriately.

They passed the information on to South Wales Police, but in May 2009 a sergeant decided there was insufficient evidence to support Ms. Mjadzelics' claims and no action was taken.

In its report the IPCC criticized police officers for failing to examine Ms. Mjadzelics' phone "which would have revealed a message explicitly revealing his wish to have sex with children, and provided corroboration to other reports".

"This investigation raised the most disturbing concerns about the way in which reports of Ian Watkins' sickening child abuse were handled between 2008 and 2012," said the IPCC Commissioner for Wales, Jan Williams, although she said there was no evidence officers were star-struck or handled Watkins any differently because he was a celebrity.

Series of recommendations made to @syptweet over handling of Ian Watkins allegations https://t.co/tNWLThT1Cr

​Last week a separate IPCC report also condemned South Yorkshire Police for failing to view the contents of Ms. Mjadzelics' laptop when she visited a police station in Doncaster in March 2012 to make similar allegations about Watkins.

In January 2015, Ms. Mjadzelics, 39, was cleared of possessing child sex abuse image offenses, after a trial at Cardiff Crown Court.

"It's been me against the world, me protecting the kids when everyone else called me a liar," she said outside court after her acquittal.

could you tell me when this bill I mentioned in Oct 2016 is going to pass. Thanks @ukhomeoffice @Number10gov Law should've changed years ago pic.twitter.com/4hPonnVl3w

​"South Wales Police failed to listen and properly investigate information about Watkins offending behavior, for this we are truly sorry," said Assistant Chief Constable Jeremy Vaughan on Friday, in admitting the failures outlined in the report.

Apology to me from S Yorks Police. Too little too late & where's my apology from South Wales & Beds Police too?
? https://t.co/8L8nCjAtmB

​Pedophilia: A 'Cancer' in Society That Tends to Go Unnoticed?

Dr. James Cantor, director of the Toronto Sexuality Center in Canada, says the damage wrought globally by childhood sexual abuse was "enormous" and contrasted with the tiny amount of money spent on research.

"I do not want to take one minute of attention away from cancer, but sooner or later cancer or heart disease is going to kill everybody. But childhood sexual abuse does not have to exist at all. It is not an eventuality. It is because we are not paying attention. It is because we are not putting meaningful resources into meaningful efforts at prevention. We are putting all of our money into revenge," Dr. Cantor tells Sputnik.

Every year millions of children around the world are sexually abused by relatives, family friends, neighbors, teachers or complete strangers. Victims often grow up with a need to blank out their childhoods with alcohol and drugs or suffer deep-seated psychological problems which will affect them throughout their lives.

​Dr. Cantor says the problem was that few politicians, universities or philanthropists wanted to be associated with research into pedophilia.

"It is secondary stigma. It is not a topic people wanted to be associated with, and when a funding organization has a limited amount of dollars, a politician or an administrator will have no trouble defending US$1 million going into research into cancer, but if it's US$1 million going into the causes of pedophilia, they will just say 'Oh, you don't need to know what causes pedophilia, you just need to shoot them in the head,' " says Dr. Cantor.

Dr. Cantor, who is a clinical psychologist, and a separate team in Germany, are the only scientists on the planet looking into what is going on inside the heads of pedophiles.

"It's so easy to be mistaken for being 'kind' to pedophiles, or insufficiently punitive, that no-one is really willing to defend the basic science of it," he tells Sputnik.

Dr. Cantor says this was an extremely "short-sighted" policy which ignored the enormous amount of money society spends on apprehending child sex offenders, prosecuting them and incarcerating them, not to mention the huge social cost of dealing with the effects of the abuse on the victims.

"Everybody is willing to spend the money to clean up the mess or to express how angry they are, but not a fraction of it to prevent it from happening in the first place, even though dollar-for-dollar, pound-for-pound it would be one of the most worthwhile things to look at, but people are afraid of being accidentally cast as being 'nice to pedophiles,' " Dr. Cantor tells Sputnik.

His team, and the German team, have both been exploring electrical activity inside the brain to try and find out what part of the brain is associated with pedophilia.

Dr. Cantor says both teams now agreed it was actually neither lobe but more something to do with the "connectivity" within the brain as a whole, but he says there was definitely a need for more research.

Considering the possible financial benefits it is perhaps surprising no pharmaceutical company has invested in research to find a medical inhibitor in the same way that drugs have been invented to suppress schizophrenia and other conditions.

Dr. Cantor believes that while medication might one day be developed for pedophiles, there is perhaps more chance of using repetitive transcranial magnetic stimulation (RTMS), a form of brain stimulation therapy which is already used to treat depression and anxiety.

The Prey and the Predator

Some pedophiles, like Watkins, will deny committing the offenses throughout their trial while others will admit it but say, in mitigation, they themselves had been abused as children.

Dr. Cantor says it was difficult to know if there really was a correlation between suffering abuse and committing it because the offenders were, by definition, criminals and may have lied.

But British child abuse expert Derek Green, who has interviewed hundreds of pedophiles since 1993, says there was definitely a correlation.

"It's not cause and effect. Most people who are victims of abuse do not go on to become pedophiles but a great many people who have abused as children were victims themselves," Mr. Green tells Sputnik.

He says he does not believe there will be a "eureka moment" when someone would discover what causes pedophilia, but he said it was possible that medication could one day be used to inhibit the urge to molest children.

"It's possible. There is clear research which shows that all forms of abuse, including physical harm, emotional neglect, causes in some children a lack of development of the brain. The brain does not develop in a fully functioning way. So it's entirely possible that there are some biochemical changes that occur," says Mr. Green.

Mr. Green says it is possible that when people are abused as children it may change the chemical balance inside their brains.

He says he believes there is a need to tackle the causes of pedophilia as well as to punish offenders.

"This is criminal behavior, in which people have a choice. Having chosen to commit it punishment under the criminal justice must follow. But then we have to understand how does this behavior come to be in the first place… and there is too much emphasis on the criminal justice and not enough on 'how are we going to solve the problem of pedophilia,' " says Mr. Green.