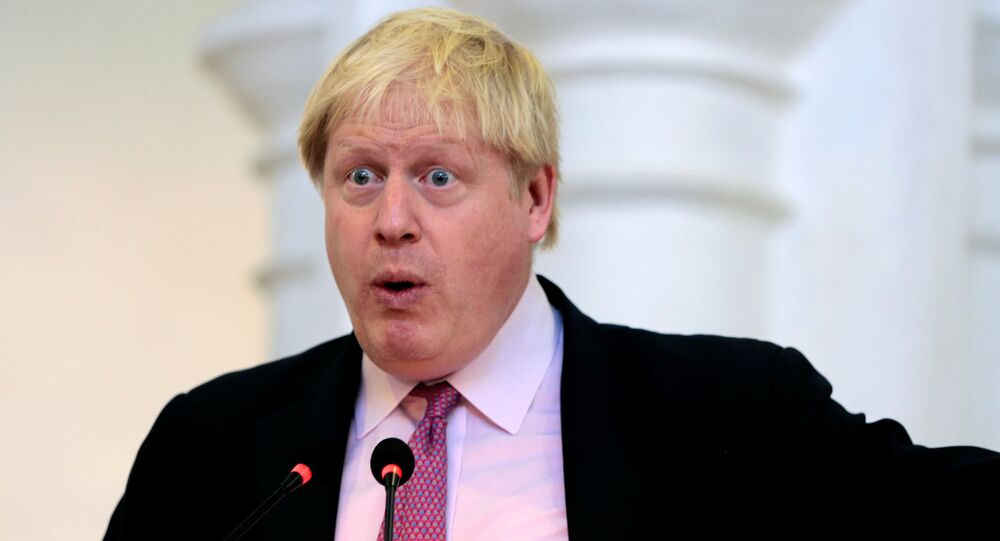 They say a little knowledge can be a dangerous thing, something Britain's Foreign Secretary Boris Johnson reinforces whenever he opens his mouth these days.

Boris Johnson's appointment as the UK's chief diplomat by Prime Minister Theresa May not only caused seismic waves at home, but also around a rather bemused world, already aware of his talent for posturing, bungling and gaffe-prone outbursts.

In fairness, few expected BoJo to become a textbook diplomat overnight, or even longer, for that matter, but his repeated bungling, ill-informed criticism and comments are now fast becoming a constant embarrassment.

As if he didn't have enough of his own troubles to seek, the tousled-haired politician has now come under heavy attack from, none other, than the former head of Britain's diplomatic service.

Lord John Kerr — who also served as the ambassador to US and EU, has slammed Johnson over his rhetoric towards Brexit as well as accuse him of being an "apologist" for US President Donald Trump.

In an opinion piece, he questions BoJo's record in office, asking: "Is he Trump's poodle? If so, why?"

"Johnson has from the start been a Trump apologist: when EU foreign ministers met to compare notes on the Trump election victory he ostentatiously stayed away, dismissing their discussion in advance as a 'whingeram.' When last heard from he was still maintaining there was no cause for alarm. Was he behind the unprecedentedly early state visit invitation? Is he Trump's poodle? If so, why?" the 75-year old peer said.

"Could it be that he really believes, with (International Trade Secretary Liam) Fox, that provided we keep on sucking up a sweetheart free trade deal may bail us out?"

Sounding a stark warning over any trade agreement with the US under Trump, Kerr continued: "A free trade deal with a president who denounces free trade is a mirage, and not standing up to him risks forfeiting respect all round."

The peer questioned the Foreign Secretary's stance and comments over the handling of Brexit, which Johnson described as "liberation," as well as his claim that the EU can "go whistle" if it expects Britain to cough up over any divorce deal.

​Controversy appears to follow BoJo around wherever he ventures around the globe.

His scathing remarks about the Saudi leadership during a summit in Rome over its support of Yemen's government against a rebellion led by Iranian-backed tribal militias raised more than a few eyebrows.

Perhaps having been quickly reminded of Britain's lucrative multi-billion pound arms deal with wealthy Saudi Arabia prompted a swift change of heart as only days later Johnson was on television defending that same "unpleasant regime."

When the US President Trump dumped the Paris Agreement to tackle climate change, he was first in line to throw a protective arm around him, arguing: "Let's see what Donald Trump does before we rush and wave fingers at him, accuse him of this, that or the other."

As other world leaders voiced their criticism in a joint letter over America's withdrawal, something Britain refused to sign, BoJo defended the move, saying: "Because as you heard the prime minister say herself, she doesn't have to tag along with a bunch of other signatories to sign a letter."

​Similarly, he has also suffered a serious bout of "foot-in-mouth" when it comes to comments uttered over other recent world issues namely North Korea and Venezuela by overstepping the mark with his forceful views.

We are working with the US and our partners in the region to bring this crisis to a diplomatic end.

​It is not the first time, or possibly the last either, having convinced British voters that the NHS would be £365 million (US$467 million) a week better off — money health chiefs are still waiting to see funnily enough — the Foreign Secretary claimed the then-US President Barack Obama was interfering in the referendum vote on account of his "part-Kenyan ancestry," before later referring to black people as "piccaninnies."

While some point to his fumbling and bumbling as part of his appeal, other critics insist it is merely a way of deflecting criticism. Increasingly, however, more are wondering how much longer he can survive in such a vital role especially when your peers are beginning to voice serious doubts.