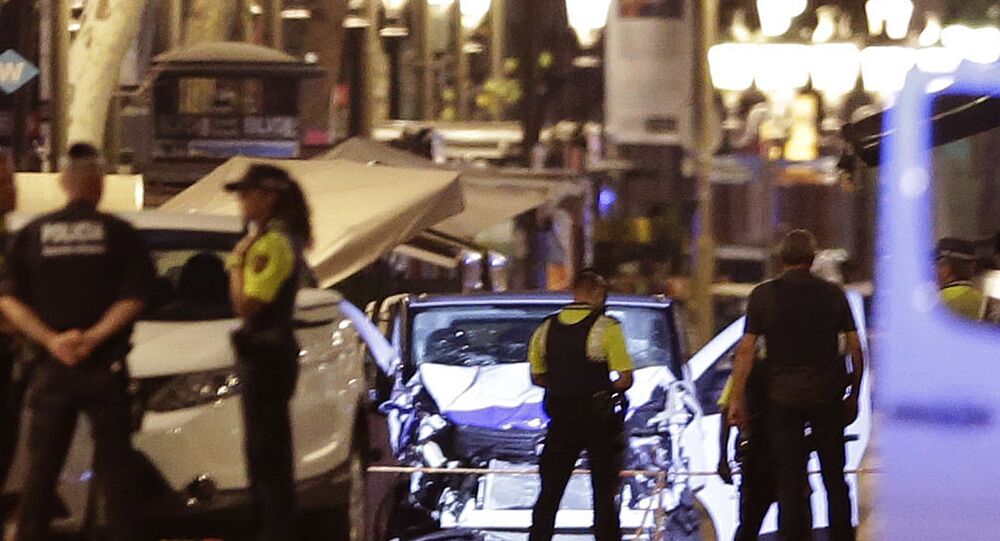 The Mossos d'Esquadra, the Catalan police force, is investigating whether 22-year-old Moroccan national Younes Aboyaaqoub, the suspected perpetrator of the Barcelona attack, was accompanied by anyone when he was shot dead by the police, El Periodico newspaper reported.

MOSCOW (Sputnik) — Earlier in the day, the Mossos d'Esquadra confirmed it had shot Abouyaaquob who appeared to be wearing an alleged explosive belt in the town of Subirats. However, the EFE news agency reported that the explosives were fake.

According to La Vanguardia newspaper, Abouyaaquob was found due to a tip from a local woman who spotted a man resembling him in the early afternoon. He fled after she approached him. She then alerted the authorities who dispatched a patrol.

On Thursday, a van mowed down a crowd of pedestrians in the central Ramblas area in Spain’s tourist resort of Barcelona. The infamous terrorist group Daesh has claimed responsibility for the attack. Hours after the tragedy, another vehicle attack took place in the coastal town of Cambrils, south of Barcelona. The Catalonia attacks left 15 people dead and some 130 injured.

On Sunday, police said that the ramming attack in Barcelona was conducted by one person. However, the Catalan police chief said that a terrorist cell behind the attacks had been eliminated.