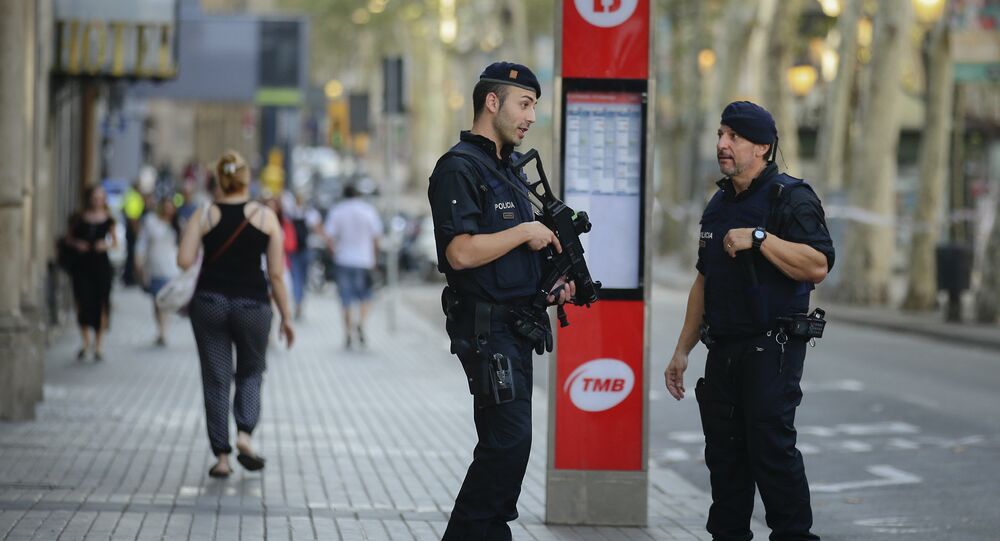 The man shot dead in the Spanish town of Subirats is Younes Abouyaaquob, the suspected perpetrator of the terrorist attack in Barcelona, local police said on Monday.

We confirm that the man shot down in #subirats is Younes Abouyaaqoub, author of the terrorist attack in #barcelona

Earlier in the day, the Mossos d'Esquadra, the Catalan police force, confirmed it had shot dead an individual who appeared to be wearing an explosive belt in Subirats. Local media reported that he appeared to be matching the description of Abouyaaquob. According to El Pais newspaper, citing counterterrorism sources, the man shot in Subirats had "the features of Younes Abouyaaqoub."

17:23 TEDAX police officers (bomb tech) are using a robot to make an approach and check the scene

The suspicious man in #Subirats wears what looks like a belt of explosives attached to the body. This man has been shot down

According to El Periodico newspaper, the Mossos d'Esquadra confirmed that the individual was indeed Abouyaaquob, after delaying the identifying of his body as it may have been wearing explosives.

According to La Vanguardia newspaper, Abouyaaquob was found due to a tip from a local woman who spotted a man resembling him in the early afternoon. He fled after she approached him. She then alerted the authorities who dispatched a patrol.

On Thursday, a van mowed down a crowd of pedestrians in the central Ramblas area in Spain’s tourist resort of Barcelona. The infamous terrorist group Daesh has already claimed responsibility for the attack. Hours after the tragedy, another vehicle attack took place in the coastal town of Cambrils, south of Barcelona. The attack left 15 people dead and some 130 injured.