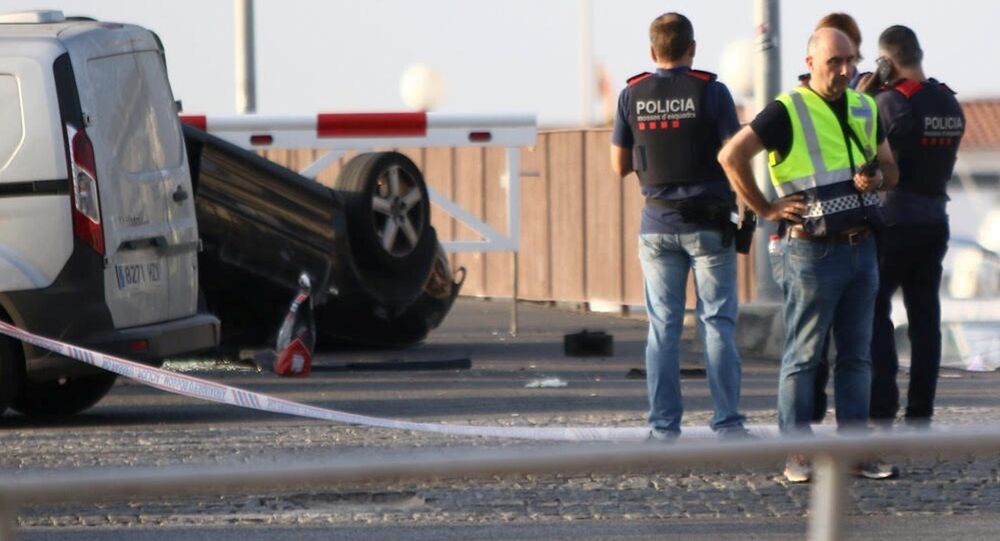 The family of Australian 7-year-old boy Julian Cadman killed in Thursday’s Barcelona van attack said on Sunday they extend their prayers to all those affected by the deadly terror act.

MOSCOW (Sputnik) – Spanish authorities earlier in the day confirmed the death of Julian, who had been missing after the boy’s father Andrew Cadman identified him. Julian’s mother, who suffered a deep head wound and injuries to her legs in the attack at La Rambla pedestrian mall, is currently in hospital.

"We would like to thank all those who helped us in searching for Julian. Your kindness was incredible during a difficult time. We also acknowledge we are not the only family to be affected by the events, our prayers and thoughts are with all people affected," the Cadman family’s statement, released by the Australian government’s Department of Foreign Affairs and Trade (DFAT), read.

© AP Photo / Manu Fernandez
Over 100 Gas Canisters Found for 'One or More' Attacks in Barcelona - Spanish Police
Julian’s relatives characterized the child as an "energetic, funny and cheeky" boy.

"Julian was a much loved and adored member of our family. As he was enjoying the sights of Barcelona with his mother, Julian was sadly taken from us… We are so blessed to have had him in our lives and will remember his smiles and hold his memory dear to our hearts," the statement added.

The Cadman family also asked for privacy to "to grieve away from the public eye."

On Thursday, a van hit pedestrians in the center of Barcelona, killing 13 and injuring over 130 others. The responsibility for the van attack was reportedly claimed by Daesh (outlawed in Russia). According to Australian Foreign Minister Julie Bishop, four Australians were injured in the attack along people of some 30 other nationalities.