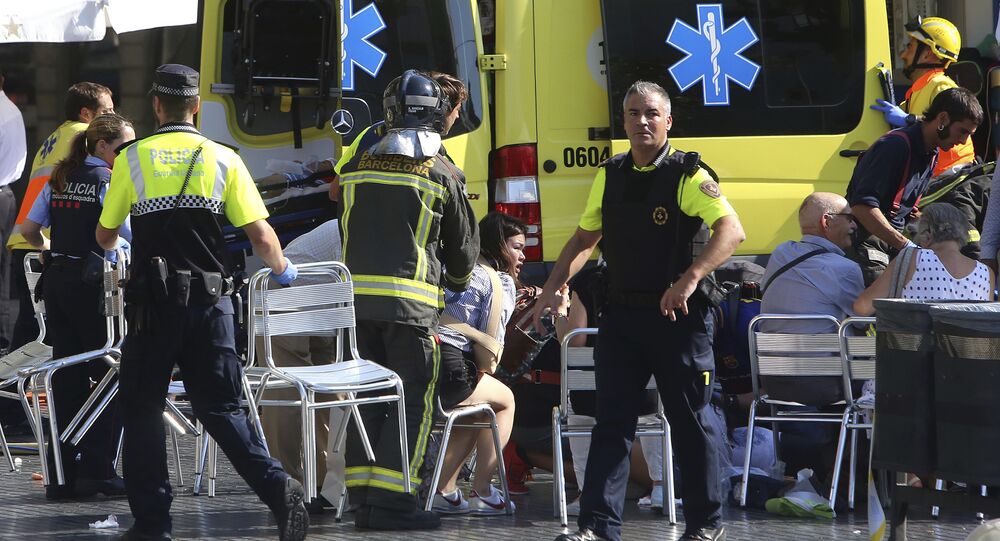 The terrorist attacks that rocked Spain on August 17 are but the latest in a series of similar cruel and violent events perpetrated by Islamic radicals in Europe over the past few years.

According to the 2017 EU Terrorism Situation and Trend Report, "terrorist groups continue to exploit the socioeconomic grievances of Muslim immigrants to the EU, in order to recruit and incite them to engage in terrorist activities."

The paper highlights a total of 142 failed, foiled or completed terrorist attacks in eight Europol member states in 2016 alone, while raising the alarm over individuals "with previous jihadist backgrounds" and those "suspected of terrorism" attempting to enter Europe by blending in with migrants who flocked to the region in the wake of the so-called Arab Spring.

And according to the numbers it's the EU states deemed to be havens for those seeking "refuge" who have been hit hardest.

The terrorist attack that occurred in Barcelona on August 17, when a van plowed into a crowd at Las Ramblas avenue, killing 14 and injuring over 100, was unfortunately far from the first terrorist attack on Spanish soil in recent years.

In 2004 a series of explosions hit the Cercanias commuter train system of Madrid, leaving 192 people dead and about 2,000 injured.

On July 18, 2016 an asylum seeker armed with a knife and a hatchet managed to injure five people on a train near Wurzburg before being gunned down by the authorities.

Several days after, on July 24, a suicide bomber blew himself up near a wine bar in Ansbach, injuring 15.

And on December 19, 2016 a failed asylum seeker from Tunisia drove a truck straight into a Christmas market in Berlin, killing 12 people and leaving 56 injured.

Over the past several years France has been the target of numerous terrorist attacks big and small; here are just a few of the more infamous examples.

On January 7, 2015 two gunmen armed with assault rifles stormed the Charlie Hebdo editorial offices in Paris and gunned down 12, injuring 11.

Later that year, on November 13, the French capital was hit by a series of coordinated bombings and mass shootings that resulted in 130 deaths and some 368 injuries – the deadliest attack in France since World War II.

And on July 14, 2016 a 19-ton cargo truck drove straight into crowds of revelers celebrating Bastille Day, killing 86 and injuring 458.

In 2016 two suicide bombers blew themselves up in the departure area of Brussels Airport in Zaventem, while a third blast rocked the Maalbeek subway station. This attack became the deadliest terrorist act in the county’s history, leaving 32 people dead and over 300 injured.

© AFP 2021 / Seppe KNAPEN
A picture taken on March 22, 2016 shows smoke rising from the Maalbeek underground, in Brussels, following a blast at the station close to the capital's European quarter.

On May 22, 2013 a British Army soldier named Lee Rigby was attacked and beheaded in broad daylight in southeast London by two perpetrators.

On May 22, 2017 an Islamist extremist and British national detonated a homemade explosive device at the exit of Manchester Arena, killing 23 and wounding 250.

© REUTERS / Peter Nicholls
Women pay their respects to all those affected by the bomb attack, following a vigil in central Manchester, Britain May 23, 2017.

And on June 3, 2017 three perpetrators crashed their van into pedestrians on London Bridge and then attacked bystanders with knives, killing 8 and injuring 48.