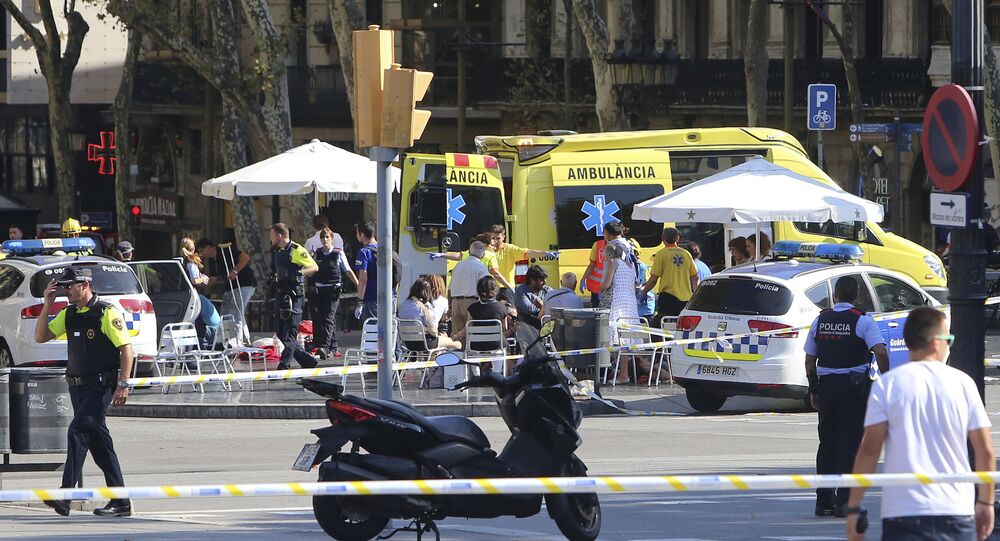 A security camera shows the passing of the van that hit over 100 people in the attack on La Rambla in Barcelona.

On Thursday, a van mowed down a crowd of pedestrians in the central Ramblas area in Spain’s tourist resort of Barcelona, leaving 14 people dead and over a hundred injured, in what police said was an act of terrorism. Daesh terrorist group (IS, outlawed in Russia) claimed responsibility for the attack.