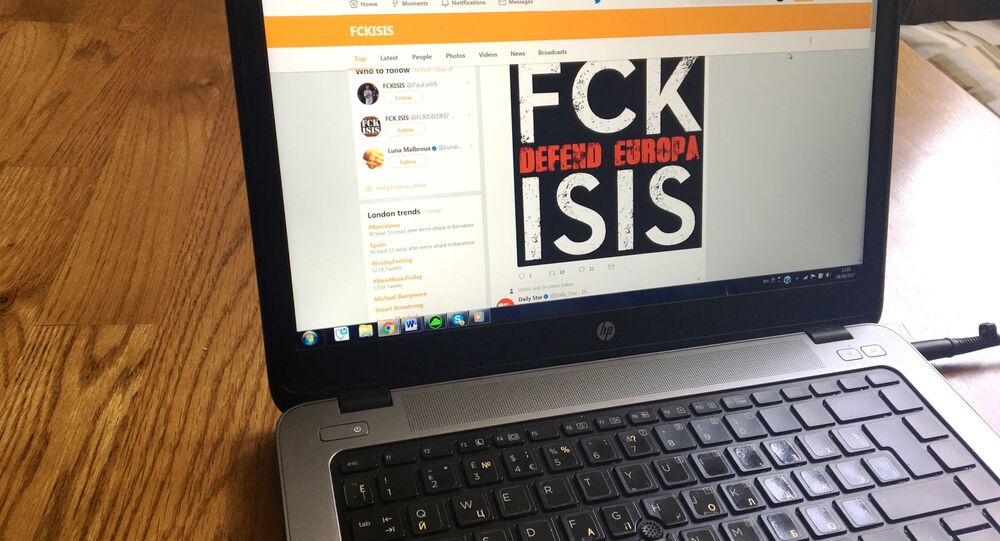 During a live on-the-scene update on the Barcelona bombing by a local news program, a man walked behind the presenter, proudly wearing a t-shirt emblazoned with the slogan "FCK ISIS." Response on social media was immediate and overwhelming.

At least 14 people were killed and over 100 injured in the August 17 terrorist attack in Barcelona. Daesh have been quick to claim responsibility for the atrocity – and one man has responded defiantly, becoming a social media "hero" in the process.

Mere hours after the savage strike, which saw a van mow down holidaymakers and locals in Barcelona, Daesh's Amaq News Agency issued a statement, stating the perpetrators of the attack were "Islamic state soldiers," and the attack was carried out in response to Spanish military actions against the group.

A Daesh-supporting Twitter account then celebrated the atrocity, telling "all Spanish people" the time had come to "pay for everything your government has done to innocent people in our countries."

As of August 18, three people have been arrested on suspicion of involvement in the attack — including Driss Oukabir, a 28-year-old Moroccan believed to have rented the van — while a major national manhunt for the driver is ongoing.

The Catalonian capital is just the latest European city to fall victim to a major terrorist outrage. Citizens of 24 countries were among those killed, including one Belgian national confirmed to have died.