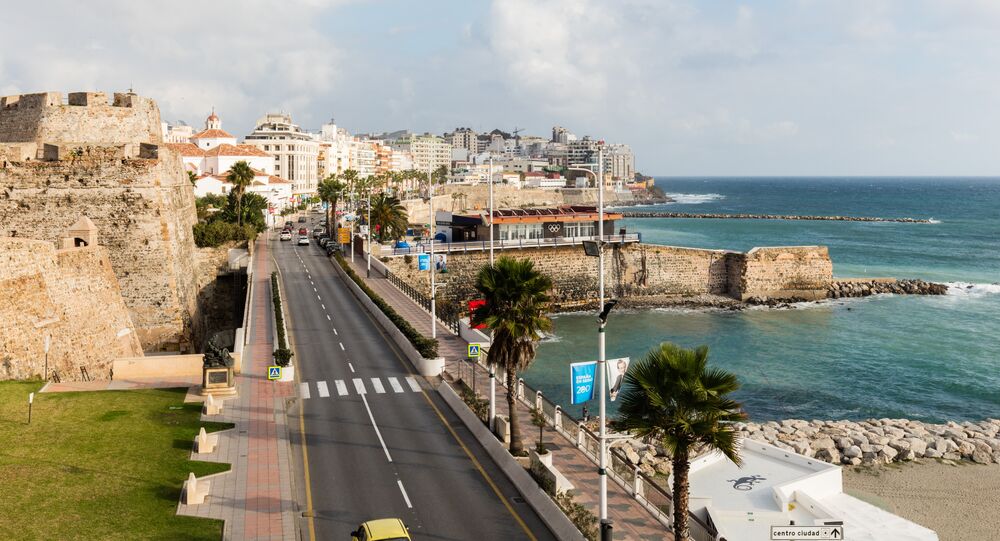 Spain has reopened goods transit across the Moroccan border through the Tarajal checkpoint in its autonomous city of Ceuta in North Africa, after hundreds of migrants tried to break through the border, the government's representative office in the enclave told Sputnik Thursday.

MOSCOW (Sputnik) — Cross-border transit in Ceuta was suspended on August 9 after hundreds of undocumented migrants attempted to trespass the border seeking to get to Spain.

The Tarajal checkpoint is a major transit route for Moroccan vendors, primarily women. On Wednesday and Thursday, over a thousand people have already crossed the border in Tarajal. A line of cars is waiting to pass through the border to deliver their stock to market of the Spanish city.

© REUTERS / Ints Kalnins
US Prepared to Help Spain to Punish Persons Responsible for Barcelona Terror Act
On August 7, a total of 187 undocumented migrants stormed the border in Ceuta. The following day, another group of 700 migrants also attempted to trespass the frontier, but Moroccan border guards curbed the breakthrough. Since then, the situation near the border has been tense, with crowds of would-be migrants rallying near the checkpoint waiting for the gates to be opened.