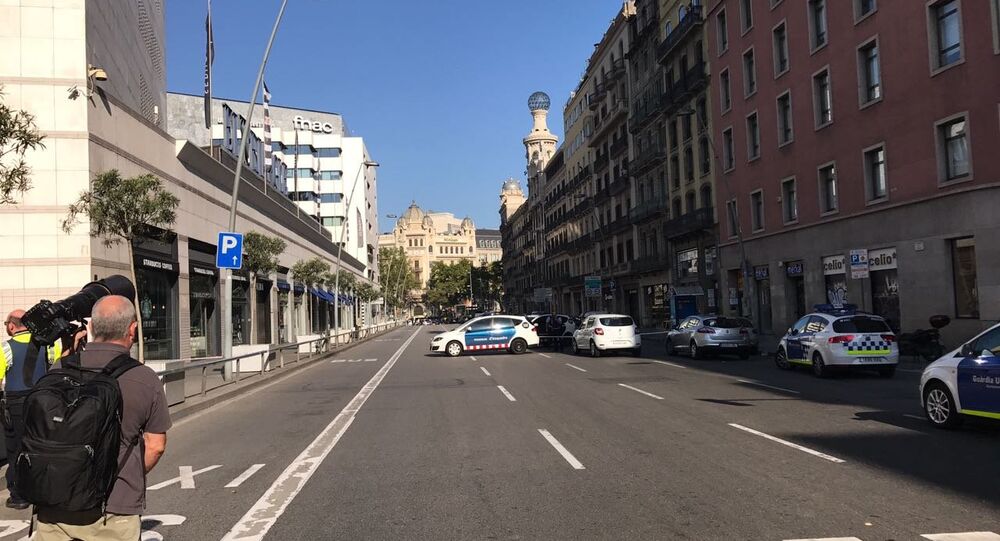 One of Barcelona Van Attack Suspects Killed in Shootout

One of the suspects behind a deadly van attack, which took place in the center of Spanish city of Barcelona, was killed in a shootout, the TV-3 broadcaster reported.

MADRID (Sputnik) — Earlier in the day, a van hit pedestrians in Barcelona’s central Ramblas area. Catalonia’s authorities confirmed that 13 people were killed and dozens injured in the incident, which was qualified as a terrorist attack.

The media reports about the armed people, who barricaded themselves in one of the Barcelona’s restaurants, were dismissed by the Catalan police.

"There is no one entrenched itself in any bar in the center of #Barcelona," the police wrote on Twitter.

The Spanish El Periodico newspaper reported earlier on Thursday, that two police officers had been injured in the shootout with the suspected terrorists.

The newspaper added that the law enforcement officers engaged in the firefight with the people inside a white Ford Focus who had not stopped after the police request.

'No Justification for this Evil:' Moscow Condemns Barcelona Van Attack