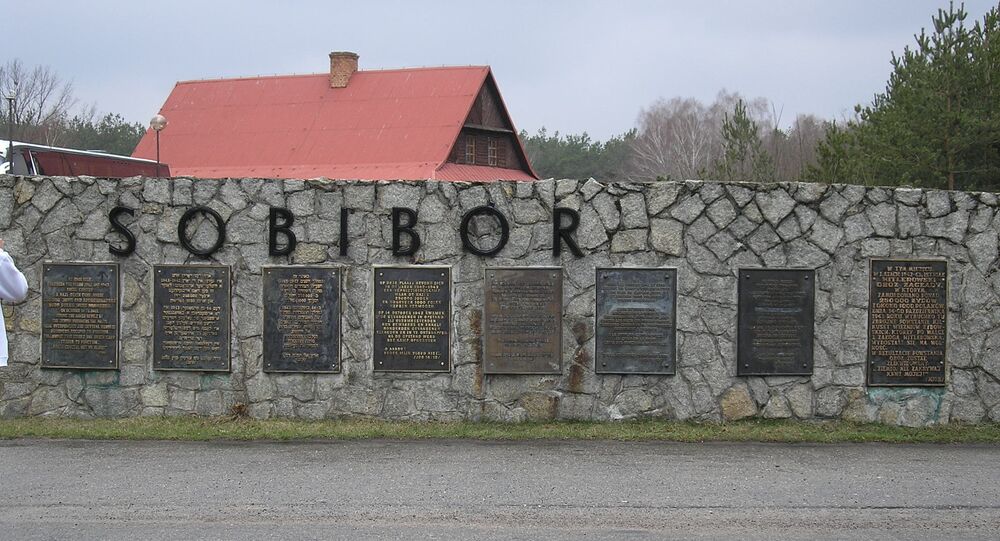 The Russian Foreign Ministry has summoned ambassadors of the three countries, the Netherlands, Slovakia, and Israel, that decided to continue their activities in the project to renovate the museum in the former Nazi concentration camp in Poland's Sobibor without Moscow's participation, the ministry's spokeswoman said Thursday.

MOSCOW (Sputnik) — The Russian side was invited to join Israel, Netherlands, Poland and Slovakia in the project for the renovation of the museum and memorial site in Sobibor in 2013. However, in July Moscow received an official message from Warsaw that the project would continue without Russia's participation. The Russian Foreign Ministry expressed its disappointment with Warsaw's refusal to allow Moscow to participate in the project.

"The situation that our might-have-been partners, namely the Netherlands, Slovakia and Israel, I stress Israel, have changed their position regarding the Russian participation is surprising… In this context we had to summon the heads of diplomatic missions of the aforementioned countries to the Russian Foreign Ministry to receive explanations," Maria Zakharova told reporters.

The official added that Moscow had repeatedly received statements that Russia would participate in the renovation of the museum.

© AP Photo / Czarek Sokolowski
Poland Not to 'Take Care' of Monuments Commemorating Red Army - Foreign Minister
"We consider that the decision of the International Steering Committee responsible for the construction of the renovated museum on site of the former Nazi death camp in Sobibor to exclude Russia from the participation in the project is an outrageous fact of a historic amnesia," the spokeswoman said.

The Sobibor Nazi death camp operated from March 1942 until the end of 1943. According to the latest data by historians, Nazis killed about 170,000 Jews from Poland and other European countries there.