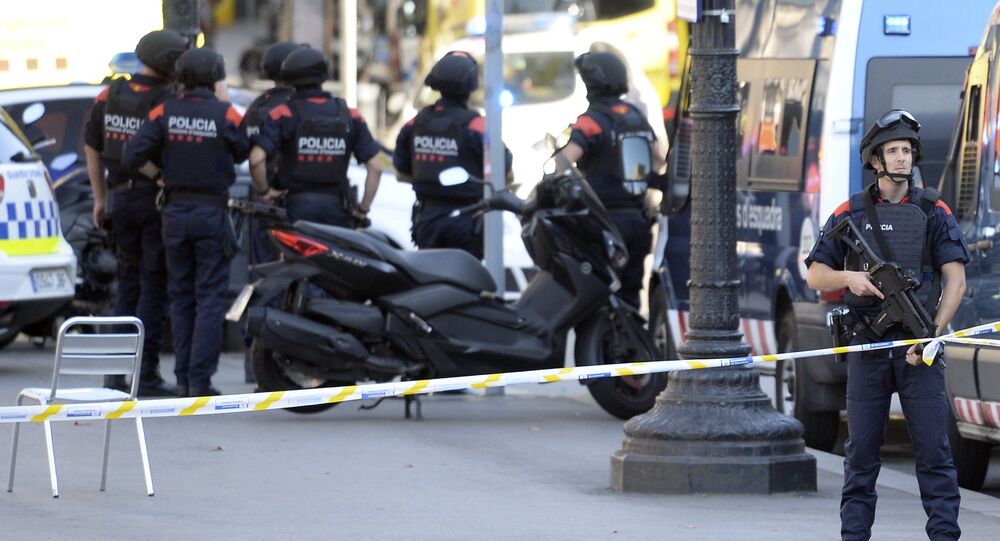 Two Armed Men Break Into a Restaurant in Barcelona - Reports

Two armed men have barricaded themselves in a bar in Barcelona's city center after a van mowed down dozens of people, El Periodico newspaper reported on Wednesday.

Several people were killed  and up to 25 were injured in the Barcelona van ramming attack.

​​The perpetrator fled the scene.

Meanwhile, El Periodico newspaper reported that the suspected perpetrator was a man of 5’7’’ wearing a white shirt with blue stripes.

​Shortly after it was reported that two gunmen broke into a restaurant in the center of Barcelona. At the same time local media reported that the suspected armed perpetrators of the attack barricaded themselves in a Turkish restaurant near Boqueria market taking hostages.

​The police is holding negotiations with the suspects.

This is how far the van traveled before it came to a stop. #Barcelona pic.twitter.com/3Z8PeODrEx

​Barcelona police, in a tweet, told people to stay away from the center of the city due to a "large contingent of security forces and emergency services" deployed in the area.

​A van has crashed into dozens of people in Barcelona's city center on Wednesday. The incident has been classified a terror attack by Barcelona police.

Vanguardia news outlet has reported that two alleged armed suspects of the attack have entrenched themselves in a bar.

Graphic footage has emerged, showing wounded people on the scene of the attack.