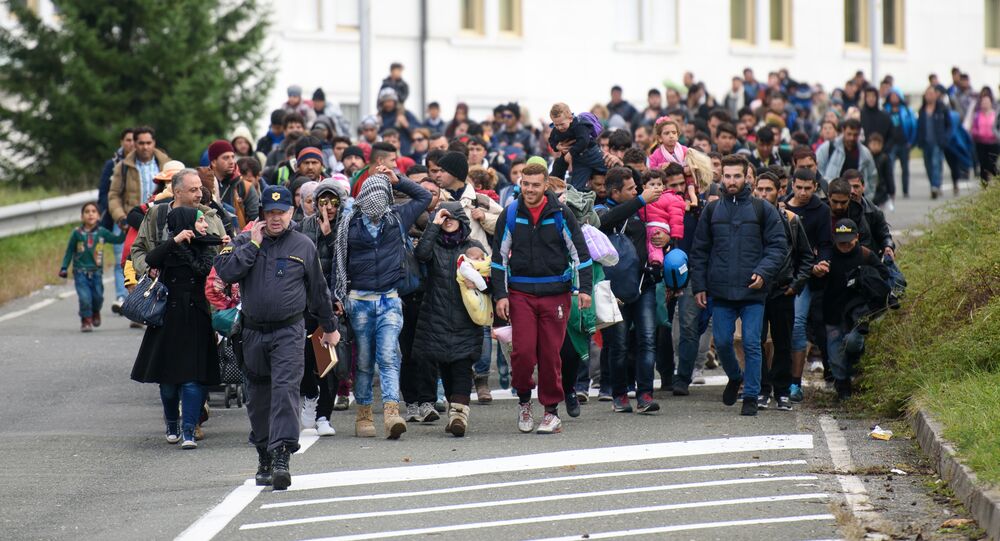 Defend Border by 'Force of Arms' to Keep Migrants Out, Bulgarian Minister Says

The European Union has been urged by Bulgaria to do more to stop migrants getting into the bloc. Why is Bulgaria so bothered about migrants?

Britain may be heading for the exit door, partly as a result of anger from voters who are fed up with EU migrants from EU states such as Poland, Romania and Bulgaria. But Bulgaria itself is worried about migrants from outside the EU.

Mr. Karakachanov is a member of the far-right United Patriots, who are coalition partners in the government of Prime Minister Boyko Borisov.

"We should deploy NATO or EU forces in Italy and Greece and defend the external borders of the European Union by force of arms if necessary," said Mr. Karakachanov.

The defense minister said he wanted to increase the number of troops on Bulgaria's border with Turkey from 140 to 600.

"We have not solved the migration issue. Large, well-organized smuggling networks are still trying to get people into our country," he added.

Bulgaria is one of only two EU member states which have a land border with Turkey and thousands of migrants travel through Turkey from Syria, Iran and Afghanistan in search of a route into Europe. In 2016, dozens of migrants rioted at a refugee center at Harmanli in south-eastern Bulgaria.

© REUTERS / Tihmoir Petkov
Bulgarian riot police are seen inside a refugee center during clashes in the town of Harmanli, Bulgaria, November 24, 2016

Following the deal between the EU and Turkey, the numbers using the Balkan route have fallen in the last 12 months, but there remain issues in Bulgaria.

The government in Sofia has been accused of supporting one vigilante who has bought a helicopter and a tank to patrol the area near the southern border.

Dinko Valev, 29, has infuriated human rights activists with his actions and statements. Valev has said every refugee is a potential jihadist and claimed he enjoyed hunting down migrants.